Port of Värtahamnen and Värta Terminal have been inaugurated by Sweden’s Ports of Stockholm as the port built a new pier and passenger terminal at the site.

Under reconstruction since 2013, Värtahamnen will now see its ferry operations moved to the new pier and passenger terminal, freeing up to 85,000 square meters of land for urban development.

“Eleven million passengers pass through Ports of Stockholm every year,” Karin Wanngård (S), Mayor of Stockholm, said, adding that the ferry industry is important for Stockholm.

It has taken three years to build the new Värtahamnen port. The work has been carried out while the port continued to operate and has had high work environment and environmental targets.

Port of Stockholm said that only a few tasks remain to be undertaken in the harbour basin before the entire project is completed at the turn of the year 2016/2017.

“The Värtahamnen project is one of several current projects that are transforming our ports. We are experiencing a historic era. We are adapting Stockholm’s ports to equip them for the coming century, with the integrated development of port and city,” Johan Castwall, Ports of Stockholm Managing Director, said. 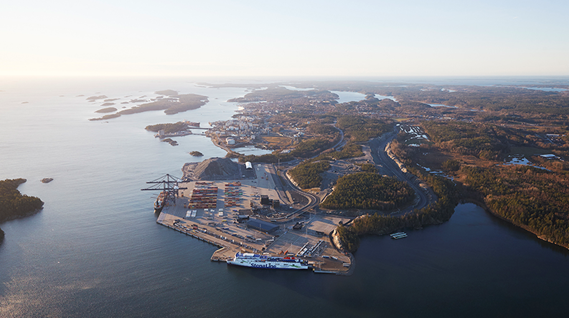