STRABAG Offshore Wind GmbH, as part of the leading European construction company STRABAG SE, has a Memorandum of Understanding in place naming Able Marine Energy Park (AMEP) as the preferred location for a major new UK production facility for the mass production of gravity-based foundations for the offshore wind sector.

Today Able Executive Chairman Peter Stephenson said the news demonstrated the huge potential for AMEP, at the heart of the country’s largest Enterprise Zone, to become the catalyst for stimulating the UK’s shift towards a low-carbon economy.

AMEP, covering 906 acres on the South Bank of the Humber, is set to be one of the world’s most important port developments for the manufacture, assembly and deployment of offshore wind technology, providing 1,279 metres of state-of-the-art quayside facilities. In total it will generate around 4,000 jobs—the STRABAG investment could provide up to 500 jobs.

Peter Stephenson said: “We are delighted to be able to now make news of this agreement public. It is, of course, good news for the development of AMEP, but it is equally significant for the Government’s ambitions to create a meaningful offshore wind supply chain on the east coast of the UK.

“All aspects of our port development are designed specifically for the offshore renewable energy sector and it provides a unique opportunity for a truly integrated offshore wind cluster that will mitigate risks and costs on a major scale and, critically, increase UK content.

“AMEP has rightly been described by the Prime Minister as a ‘very important investment’ and there is no doubt that the coming few weeks are crucial with the planning determination for the development and further detail of the Government’s energy market reforms.” 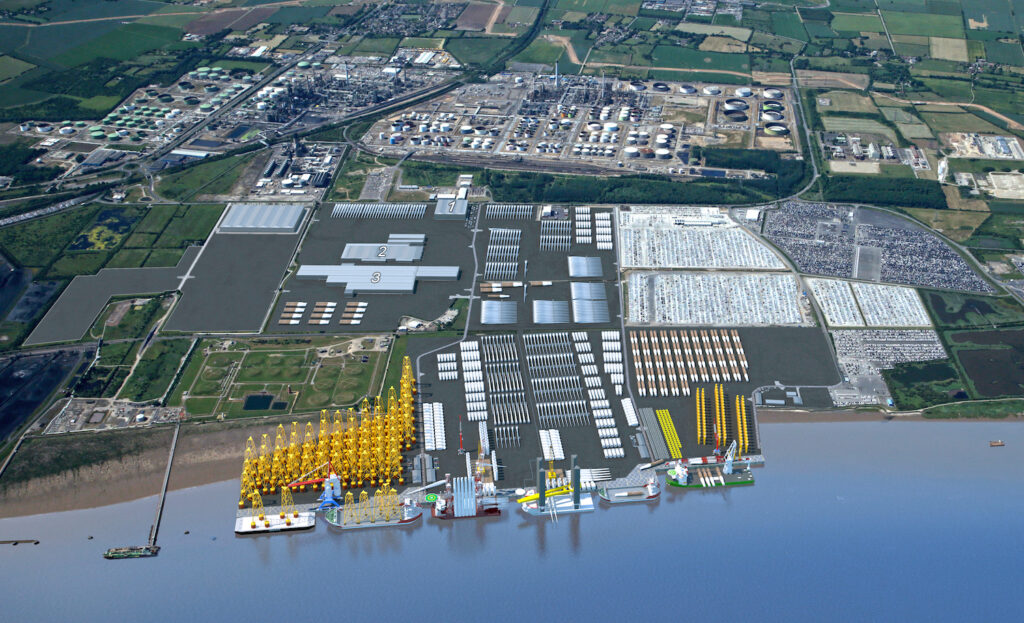