Swiss-based cruise line MSC Cruises has held a steel cutting ceremony for MSC Bellissima, the second of the Meraviglia generation of cruise ships, at STX France’s shipyard in Saint-Nazaire, France.

The new cruise ship is expected to come into service in 2019, according to the company.

“MSC Cruises and STX France have walked a long path together since the construction of MSC Lirica in 2003. Our current fleet was built at STX France and we are now shaping the future of the modern cruise ship two new prototypes from STX France. With work nearing completion on MSC Meraviglia we are delighted to begin construction of MSC Bellissima,” Pierfrancesco Vago, MSC Cruises Executive Chairman, said.

MSC Bellissima has been designed to operate in all seasons and to call in most of the world’s international cruise ports, according to the company.

With a gross tonnage of 167,600 tons and a capacity for more than 5,700 passengers, MSC Bellissima will be the largest in MSC Cruises’ fleet, along with MSC Meraviglia, the first of the new generation of cruise ships.

The Meraviglia generation of vessels will feature a length of 315.8 meters and a width of 43 meters, according to STX France’s data.

In 2014, MSC Cruises launched an investment plan to support the second phase of its growth through the order of two ships of the Meraviglia generation and two others of the Seaside generation (plus an option for a third). In February 2016, the company confirmed the existing options to build further two Meraviglia Plus ships with a greater capacity.

The orders rose to USD 10 billion when the company signed a letter of intent in April 2016 to build four more cruise ships, each of them to be fueled by liquefied natural gas (LNG).

A total of up to 11 new MSC Cruises ships are scheduled to come into service between 2017 and 2026, according to MSC Cruises. 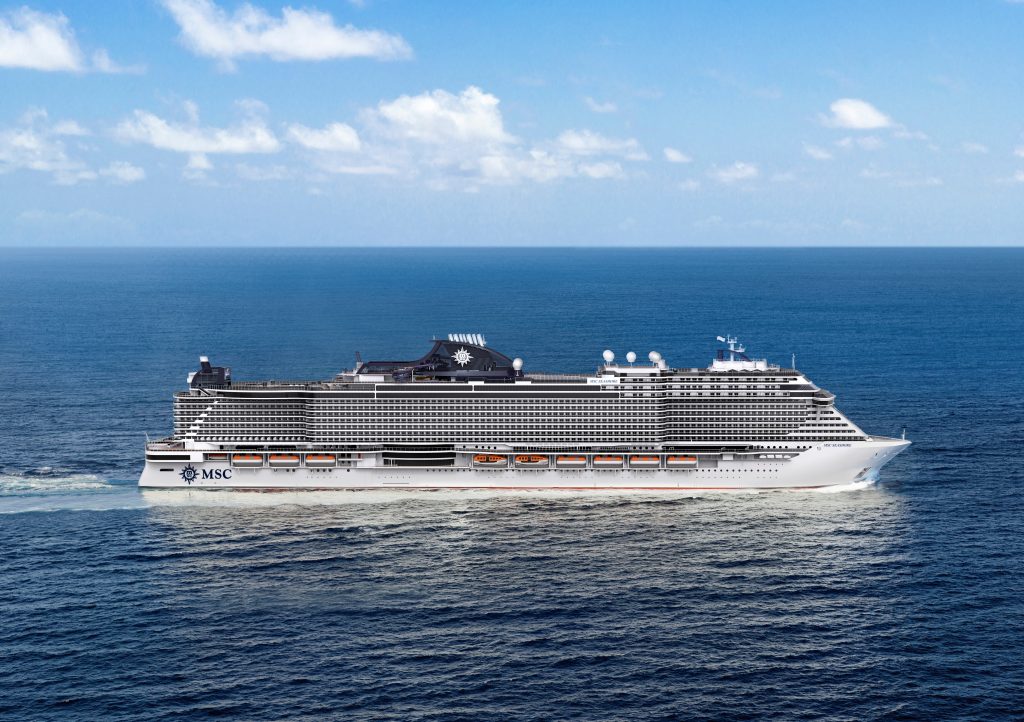