As an essential piece of equipment for the Juniper project, each tree weighs approximately 76 tonnes.

The trees were assembled and tested at the OneSubsea fabrication plant in Johor, Malaysia, and, according to bpTT, “these trees are among the largest and heaviest ever built.”

After being offloaded at the Labidco yard for testing, the trees will move to the offshore location for the bpTT Juniper field. Drilling of the five Juniper subsea wells began in 2015 and was completed in March 2016.

The Juniper project will have a production capacity of approximately 590 million standard cubic feet a day (mmscfd) of gas. First gas from the facility is expected in 2017.

Norman Christie, bpTT Regional President, said: “The arrival of the trees is another significant milestone in the delivery of the Juniper project. BPTT has committed to maintaining investment in Trinidad and Tobago, and to further develop the offshore acreage once the investment climate continues to support further investments in the upstream.” 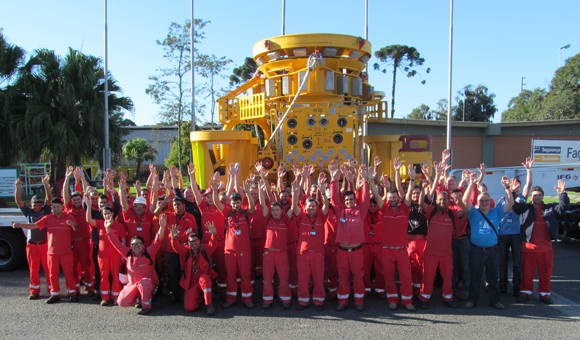