A year after launching a hub for the reefer container inspection and repair for shipping major Maersk, Egypt’s Suez Canal Container Terminal (SCCT) is opening the service to all brands.

APM Terminals, the majority shareholder of SCCT, also revealed that the Egyptian terminal was set to launch a dry container inspection and repair service in October 2019.

Prior to launching the reefer container repair hub over a year ago, the terminal faced costs for moving and repositioning reefer containers with damaged panels or defects that hadn’t been recorded. Since introducing the service for Maersk containers, the terminal has inspected close to 30,000 reefers, according to APM Terminals.

“Previously SCCT hired in a third-party to inspect and repair non-sound reefers. This brought added complexity and delays, particularly as the terminal had the internal capability to carry out the task much more efficiently,” Inci Bicen, East Mediterranean (EMED) Equipment Maintenance and Repair (EMR) manager for Maersk, explained.

All technicians at the terminal have undergone training to inspect, wash and repair reefer containers with training currently being extended to ensure that it meets the criteria for other major shipping lines. Systems within the terminal have also been updated to accommodate new workflows and spare parts suppliers have been sourced. 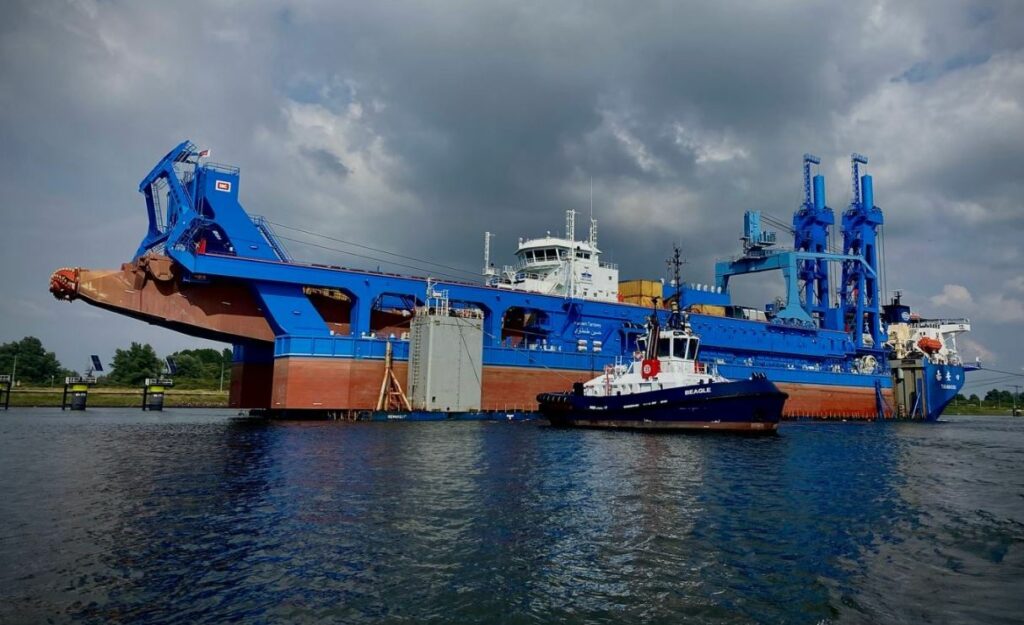 Dredger Hussein Tantawy ready for Suez Canal
Posted: 14 days ago
Premium
All eyes on Suez Canal: Ever Given heads toward Port Said as it braces to depart the waterway
Posted: 19 days ago
Hutchison Ports seals acquisition of APM Terminals Rotterdam
Posted: 2 months ago