Tallink Grupp’s liquefied natural gas (LNG) powered ferry Megastar has proved to be the new benchmark for the in the Baltic Sea, according to the company’s CEO Janek Stalmaister.

The LNG-powered ferry has completed its first year of operation on the Tallinn-Helsinki route, carrying over 2 million passengers in the process, which is the highest number of any vessel on the Baltic Sea in one year.

Compared to the Grupp’s other shuttle on the same route, the Star, Megastar accommodates 2,800 passengers, but its ecological footprint is the same or even smaller than that of the Star. In terms of emissions, the vessel has a footprint 40 percent lower than the Superstar, the ferry it replaced a year ago.

Stalmaister noted the LNG ferry was the largest private capital based investment in Estonia at a total cost of €230 million.

The construction of the ship began on August 4, 2015, the keel was laid in February 2016, the christening took place in July, and the sea trials took place in December the same year, while the maiden voyage from Tallinn to Helsinki took place on January 29, 2017.

Megastar is 212 meters long and accommodates up to 2800 passengers having the same length and capacity as one of the largest cruise ferries of the company, the Baltic Queen.

Megastar uses LNG as fuel, but will also be able to run on diesel. Designed for the Tallinn-Helsinki route exclusively, Megastar complies with the current and future emission regulations for the ECAs (Emission Control Area), including the Baltic Sea. 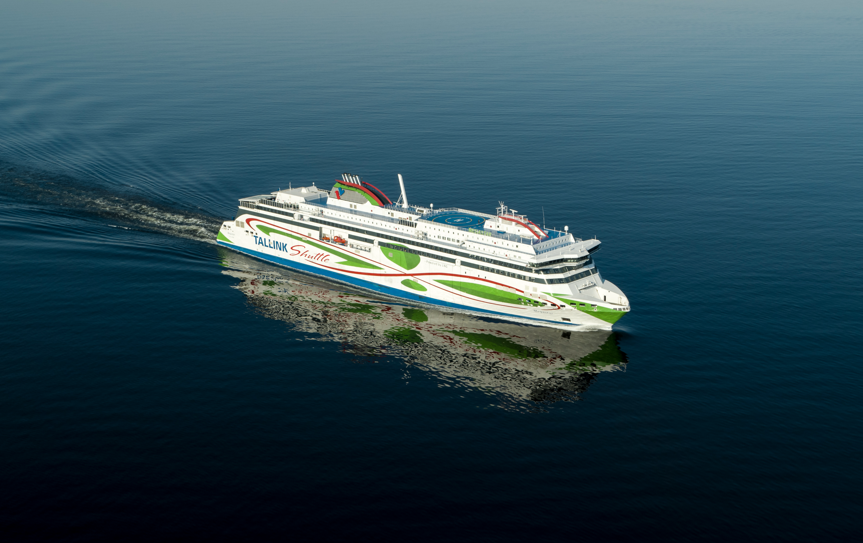