Oslo-based engineering and equipment development company TECO 2030 has announced plans to establish Norway’s first large-scale production of fuel cells, optimized to be the heart of hydrogen-powered ships and other heavy-duty installations.

“Our ambition is to build an advanced innovation centre combined with a giga factory, meaning that we will produce fuel cells with a capacity of 1200 megawatts, or 1,2 gigawatt, per year. This corresponds to several hundred million EUR in annual turnover. This will be the first volume production of fuel cells in Norway and a hub for the Norwegian hydrogen industry,” says Tore Enger, CEO of TECO 2030 ASA.

Fuel cell development is done in collaboration with Austrian engineering company AVL, which specializes in the development of powertrain systems. AVL will also contribute to the planning and construction of the factory.

The plan is to start fuel cell production in 2022.

TECO 2030 primarily wants to establish the facility in Eastern Norway, probably in Viken, Vestfold or Telemark counties. The company is assessing potential locations. As explained, an important factor will be proximity to competence clusters within technology and shipping.

The giga factory may create 500 jobs within research and development, pilot production and full-scale industrial production.

Expected investments are nearly a €100 million ($120 million) over around ten years, and the company said it was evaluating financing alternatives.

“We’re thrilled about the extensive support for our plans from key actors within the shipping and energy industries as well as from universities. We’re also excited about the Norwegian government’s clear message that industrialization of maritime fuel cells is an area of particular importance for Norway. This is a call to action we’re now responding to,” said Enger.

TECO 2030 has through the Norwegian state enterprise Enova applied for support under the IPCEI Hydrogen program and is optimistic regarding a positive response.

TECO 2030 originates from the TECO Maritime Group, which has provided technology and service to the global shipping industry for more than 25 years.

The company is focusing on emission-free shipping, with hydrogen-based fuel cells in a leading role. The TECO 2030 Marine Fuel Cell System is based on a modular design, enabling system configuration in the multi-megawatt scale. It is compact and suitable for retrofits as well as newbuilds.

Furthermore, TECO 2030 is also a partner in the Green Hydrogen @ Blue Danube, project together with Siemens, Bosch, AVL and Verbund, where hydrogen generated from solar and wind power will be produced in Romania and transported on barges along the Danube to industrial buyers in Austria and Germany.

TECO 2030 will supply fuel cells for hydrogen-powered tugboats pushing the barges along the Danube. 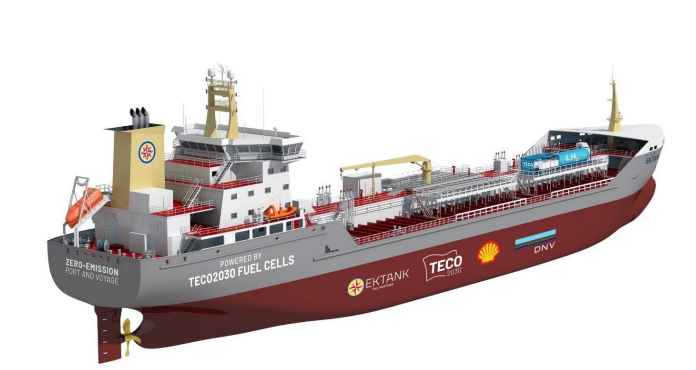