The key role of hydrogen in the decarbonization puzzle

Hydrogen has been assigned a major role in the maritime decarbonization puzzle, as it promises to be a cost-effective green alternative for large ocean-going vessels.

“Interestingly, Ballard Power Systems Europe is currently in the final steps of approval for their 200-kW maritime FC module, a suitable building block for MW-sized FC propulsion systems. Such innovations have the potential to really accelerate developments and adoption.”

However, before hydrogen can become a commercially viable alternative to fossil fuels it needs to overcome the ‘chicken and egg’ dilemma of scalability and infrastructure investment.

With numerous governments announcing their net-zero plans and giving hydrogen a central role in their strategies it is expected that hydrogen investment will see a boom in the upcoming period.

“It’s safe to say that an enormous amount of money is needed. At the moment it’s a typical ‘chicken and egg’ situation. However, after several false starts, I believe we’re now seeing positive moves by many authorities and leading companies, with large budgets set aside and financial incentives throughout the value chain, for example in the EU,” Knut Linnerud, CEO, H2 Cluster, said.

“This trend should enable private companies to dare to invest in long-term adoption. In this respect, I think the egg might be about to hatch.”

“Public procurement should be used as an accelerator. As an example, here in Norway public agencies procure goods and services for close to EUR 58 billion a year. The Norwegian government has strong ambitions to phase in low- and zero-emission technology in the transport sector in general, and in public maritime transport in particular. They have stated that they will contribute to the requirement for zero and low emissions in future tenders for ferries and high-speed passenger boats. Hydrogen development can benefit from this approach,” Wilhelmsen commented.

Speaking on the role of ammonia vs hydrogen in the decarbonization puzzle, Hege Økland, CEO, NCE Maritime Cleantech believes hydrogen and ammonia are not competitors, but should be viewed as supplementary to each other.

“For vessels with higher speed and shorter regular routes hydrogen fuel cells are the best option. However, for vessels with lower speed covering longer distances, such as deep-sea vessels, ammonia will be a better choice,” he pointed out.

That means fuel storage of ammonia will take up less space than hydrogen on-board, and/or ammonia will provide for longer periods between refuelling.

“For medium and larger ships, ammonia will become an attractive zero emission fuel,” he noted.

Moving forward, the biggest challenge to the uptake of hydrogen, is the ‘power economy’, Linnerud explains, as it is still overwhelmingly controlled by those with the largest reserves/ownership of fossil fuels.

“So, there are enormously influential forces associated with the oil and gas sector, now and into the foreseeable future. This impacts upon democracies through lobbying and propaganda, while dictatorships are unwilling to turn their backs on major sources of wealth. There is an iron grip upon energy that, somehow, needs to be broken.”

Bjørn Saltermark, General Manager Maritime Forum South and Project manager GCE NODE, said that majors challenges ahead will include the establishment of infrastructure for fuelling the short-sea fleet ASAP, then doing the same for the deep-sea fleet in the future.

“The transition is moving too slowly to reach the ambitious goals set for shipping. It is also a major challenge to ensure the availability of new fuels such as hydrogen, building the necessary value chains. And of course, this question of availability creates an understandable uncertainty for shipowners,” Økland noted.

Despite all of these challenges, Linnerud views hydrogen as the best solution with the potential for large-scale adoption in connection with the development of renewable energy and power grids.

“Batteries, I think, will also have a role to play, but not nearly as crucial in the long-term as we look to solve the climate crisis,” he concluded. 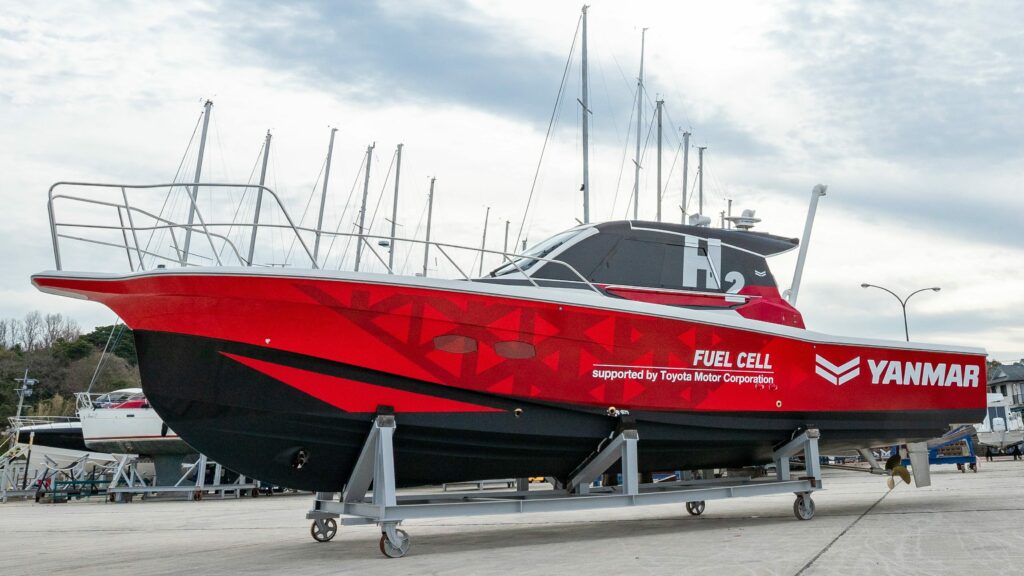