Airborne Composites was granted the contract to design & build 7 composite blades of almost 4m in length for a tidal turbine that is to be used for validation purposes. The plan is to commission the CoRMaT validation tidal turbine in Q3/2012 at the EMEC test centre in Scotland. In addition, discussions  have been concluded positively with Nautricity Ltd regarding follow-up  commercial blade projects for the CoRMat tidal turbine concept with blade lengths up to 6m.

Airborne has announced that a Strategic Technical Partnership Agreement between Nautricity Ltd and Airborne Composites BV is now in effect. With this agreement Airborne is effectively the “Tidal-Blade-Supplier” for all projects of Nautricity Ltd for now and in the future. At the Core of this agreement lies the Vision and Goal of Airborne to Design, Engineer and Manufacture the best optimized functional blades for the tidal industry.

This agreement offers both parties the opportunity to become worldclass players in the new and challenging emerging market of tidal energy.

The worldwide electricity consumption is increasing every year. More people every year have access to electrical and electronic devices, computer networks are increasing and the internet is still becoming more intertwined in today’s society. The need for electrical energy as a result is growing fast.

Using the classic way of burning coal or oil to produce electricity is under pressure due to the forced reduction of CO2 emissions. This results in a growth of Renewable energy solutions such as solar energy, bio-fuel energy or the well-known wind energy.

Today, a new possibility to produce electrical energy is emerging and is called tidal energy. Tidal energy has a big advantage over all other renewable energy forms. It is a predictable form of energy that is always available. It is well known where and when tidal currents occur.

As a result, many companies over the past 10 years have developed concepts to capture the tidal energy. These companies are now rapidly moving into the phase in which the commercial feasibility is evaluated and validated.

One of these companies is Nautricity Ltd, which has developed a  second generation device, called CoRMaT, the result of extensive research and development carried out at the prestigious Energy Systems Research Unit at the University of Strathclyde (Glasgow).

CoRMaT is a patent pending contra-rotating turbine with 7 blades, suitable for deployment in water depths of 8 to 500m. CoRMaT uses two closely spaced dissimilar rotors, moving in opposite directions.

For Airborne, the second half of the year will be highly dynamic as the manufacturing line for the first Nautricty blades is being implemented. New equipment will be installed, substantial tooling will be build and process evaluation will take place using the actual equipment. 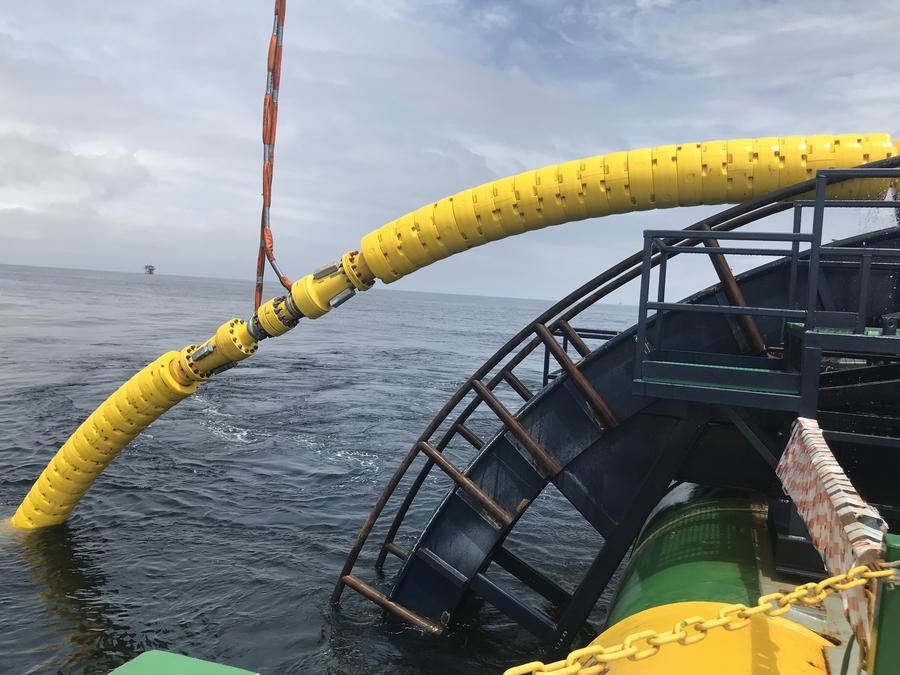