Amazon Prime is bringing a new six-part supernatural thriller series, “the first Amazon Original to be filmed entirely in Scotland,” titled The Rig. The gripping action is set on an oil rig off the Scottish coast in the dangerous waters of the North Sea.

The work on the series’ scripts began in December 2018 and Meg Salter and Matthew Jacobs Morgan served as writers. Come November 2020, Amazon greenlighted The Rig and Derek Wax‘s company Wild Mercury Productions produced the series. The filming, which kicked off on 29 March 2021 and wrapped up in August 2021, was done at an oil rig in Scotland and at FirstStage Studios in Edinburgh. This upcoming thriller, created by David Macpherson and directed by John Strickland (Line of Duty, Bodyguard), will hit the screens on 6 January 2023.

Derek Wax, Managing Director of Wild Mercury, commented: “The Rig is a character-driven, epic thriller, full of heart-grabbing action and bold, original ideas, and we are delighted to be working with Amazon Prime Video in bringing it to life. David Macpherson captures life on a North Sea oil rig with extraordinary authenticity and it’s been exciting to work with him, director John Strickland and our creative team in realising the scale and vision of this world.“

The Rig whisks the viewers on a thrilling adventure with a group of offshore workers stationed on the fictional Kinloch Bravo oil rig in the North Sea. The crew is anticipating the return to the mainland when they get enshrouded in an eerie fog with mysterious forces taking over. After “massive tremors” hit the rig, their communication with the outside world is suddenly severed.

As the terrors beyond their wildest imaginings engulf the rig, the offshore workers will be left with no other option but to confront these unknown forces to uncover what’s hidden behind them, testing their loyalties and endurance in the process as “bonds are broken, allegiances formed and generational fault lines are exposed.”

“And, as the crew endeavour to discover what’s driving this unknown force, a major accident forces them to ask questions about who they can really trust,” outlines the official synopsis.

Regarding the cast and characters, bringing The Rig to life, many recognisable names have made it to the list. This includes Emily Hampshire (Schitt’s Creek), who plays Rose Mason, the oil company representative and scientist, and a fresh face on board the rig; Iain Glen (Game of Thrones, Mrs Wilson) as Magnus MacMillan, the leader of the crew and the rig’s offshore installation manager; and Martin Compston (Line of Duty, Traces) as Fulmer Hamilton, Communications Officer. 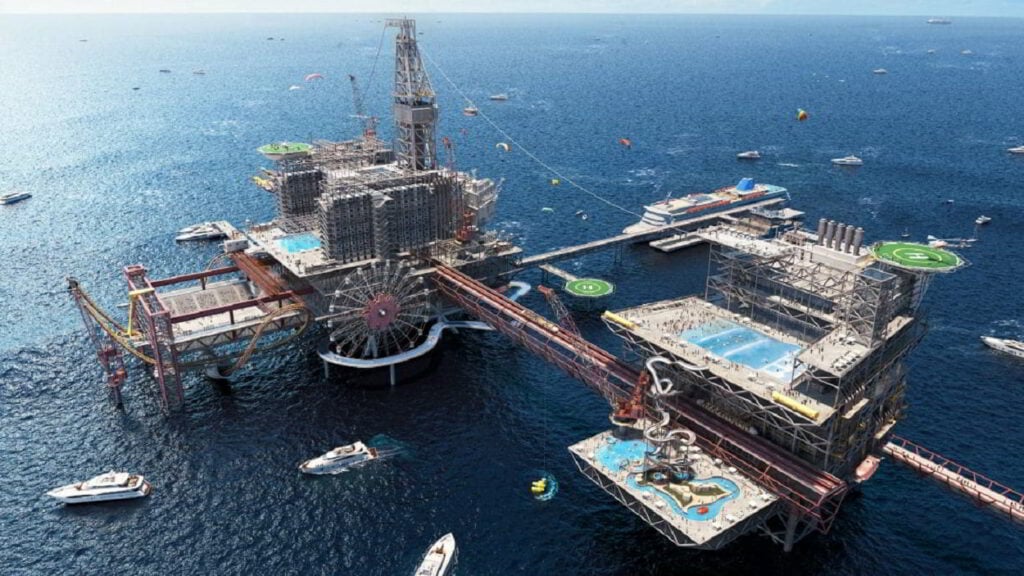