The cranes were purchased as a part of DCT’s T2b expansion program. They are 47 m long, 20 m high and 28 m wide and are designed to work on rails. Being electrically powered they have lower emissions than the Rubber-Tyred gantries they replace, and are faster with a maximum travel speed of 150 m per minute, the port said.

An additional feature of the RMG cranes is that they can horizontally rotate a container a full 360 degrees and operate 24 hours a day in all weather conditions including wind speeds of 90 km/h, DCT Gdansk said.

The RMG cranes will also be equipped with automatic container number reading systems to increase the efficiency, reliability but above all the safety of handling trains.

“Investment in rail to improve efficiency and capacity expansion are extremely important components of development at DCT Gdansk. We are very excited that shortly we will commence the expansion of our rail siding, which will eventually more than double our rail handling capacity to beyond one million TEU,” says Cameron Thorpe, CEO of DCT Gdansk.

“The first crucial step is completed – converting the railhead to be operated by electrical RMG cranes. Next the sidings will be extended to 750 m in length and the number of tracks increased from four to seven. This project takes careful planning as we are completing it whilst keeping the railhead open for operations.”

The rail component of the T2B program is on-going and due for completion at the end of 2021.

“Despite the economic slowdown, still 35% of all container gate traffic at the port of Gdansk are moved by rail. In DCT, the first four months of 2020, not only did the amount of cargo handled by the railways increase, but also the share of rail increased. 35% is a very good result, but we and our business partners see even bigger potential in rail transport,” concludes Dominik Landa, Commercial Director of DCT Gdansk 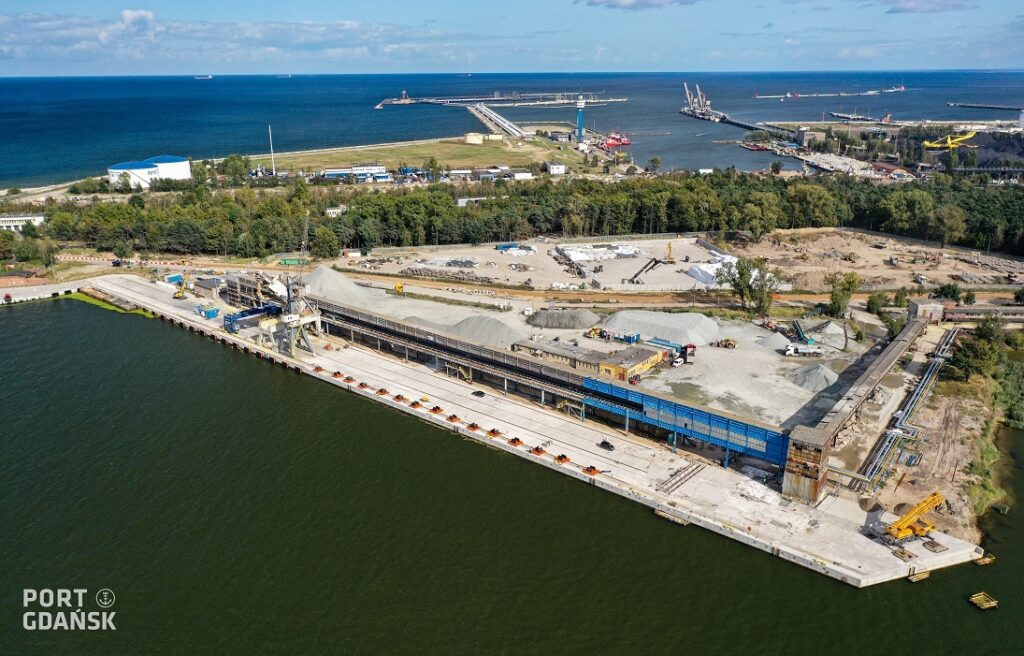