The researchers at the Centre for Marine and Renewable Energy (MaREI) have put a tidal turbine blade under ‘the largest load ever’, equivaling the curb weight of ten double-decker buses.

The ‘feat’ was performed by MaREI’s researchers in Large Structures Test Laboratory at National University of Ireland Galway.

The blade was co-designed using NUI Galway’s in-house BladeComp software with Orbital Marine, and it was manufactured by local Galway company ÉireComposites.

The researchers are currently testing the same blade under equivalent life fatigue loading to confirm that it has at least a 20-year design life, according to MaREI.

When completed, the work is also bound to be a world’s first – the largest tidal blade in the world to have undergone full fatigue life testing, according to the researchers.

The work has been financially supported by Science Foundation Ireland, EU H2020, SEAI, and the Department of Further and Higher Education, Research, Innovation and Science through various research programmes such as Flotec, MaRINET2_EU, and OCEANERANET. 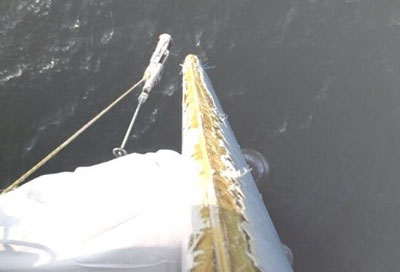