Tidal joins forces with wind for more efficient grid use

An agreement has been reached between Atlantis Resources’ majority owned MeyGen project and a nearby wind farm development to facilitate access to the distribution grid for other renewable energy projects.

The first phase of the MeyGen project was recently connected to the 33kV Ness of Quoys distribution network and is on track to deliver first power in the second half of 2016.

The part of the distribution network to which MeyGen is now connected is constrained, such that there is no additional capacity for other generators until wider transmission upgrade works are completed over the next few years, according to Atlantis.

However, as a result of the predictable and cyclical nature of tidal generation, there is a unique opportunity for other energy projects to gain access to the grid at those times when the MeyGen project is not generating at maximum output, thus facilitating increased generation in the near term from the area’s rich renewable resources.

Lochend Wind Energy is developing a 4 turbine wind farm close to MeyGen’s onshore site in Caithness, Scotland, and the company has reached an agreement with MeyGen to allow these wind turbines to deliver electricity to the grid whenever the MeyGen tidal project is not making full use of the available export capacity, Atlantis informed.

It is expected that this will result in improved utilisation of the existing grid network without affecting MeyGen’s generation, and is believed to be the first such combination of a wind and tidal project of its kind in the UK, according to Atlantis.

Tim Cornelius, CEO of Atlantis, said: “We believe this to be a world first, and to show that the predictability of generation from the tides can also benefit other forms of renewable energy by allowing those generators to accurately forecast and access spare grid capacity. Tidal power makes for more efficient grid use and management, and we are delighted to have been able to assist a local wind farm in getting connected.

“Sharing transmission assets in this way and capitalising on the predictability of tidal power will ensure that, in the long term, our energy needs are better served whilst also maximising access to a constrained network in the immediate future.”

The arrangement is an important step in demonstrating the feasibility of a diverse blend of sustainable sources of generation as a long term solution to the need for clean, predictable and secure electricity, and shows the potential for optimising the use of existing grid infrastructure assets through intelligent matching of different generation profiles. 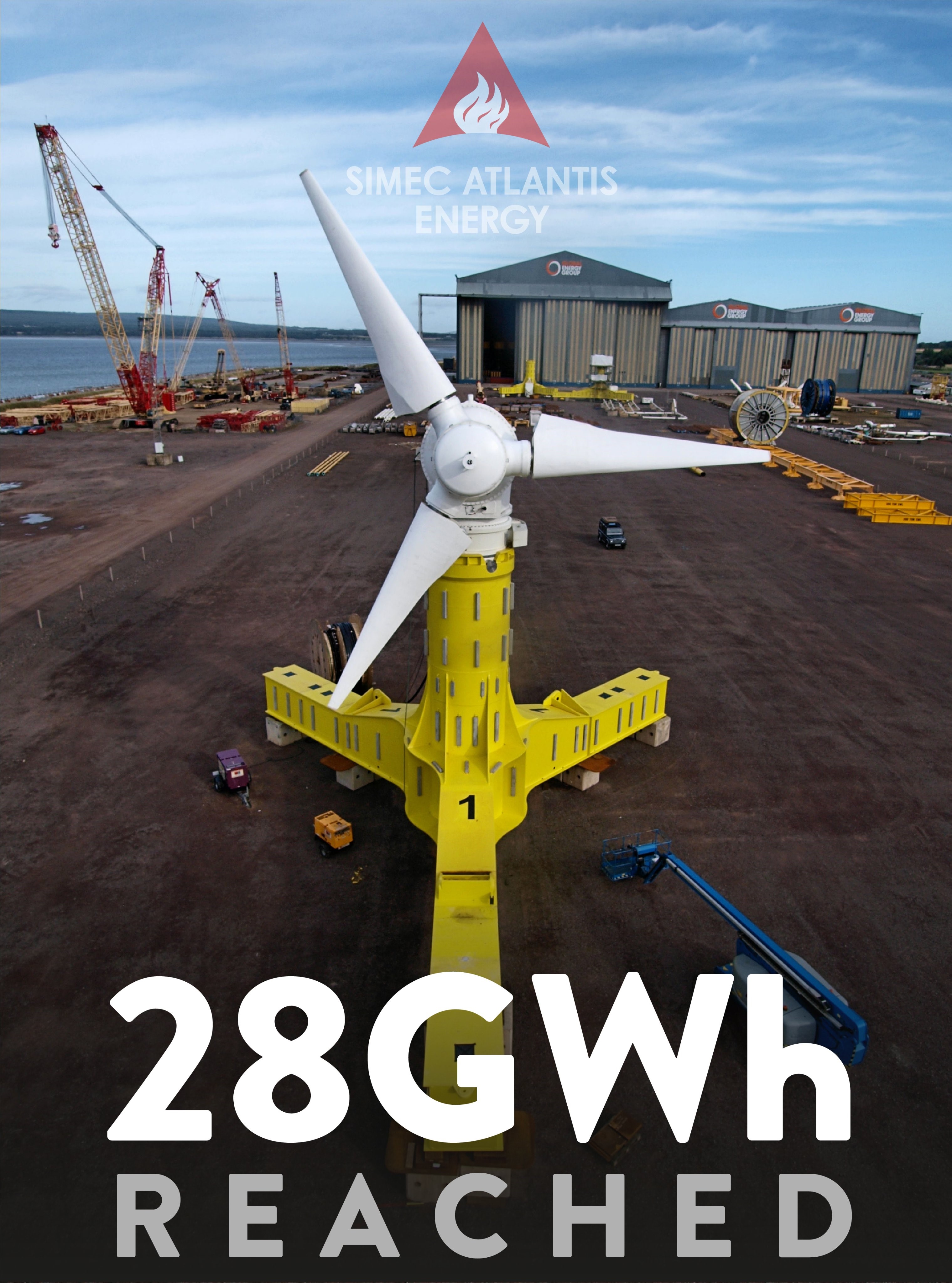