Titan LNG ties in manufacturing consortium for its bunkering pontoon

Titan LNG, a supplier of liquefied natural gas to the marine and industrial markets in North West Europe, has contracted the manufacturing consortium for its LNG bunkering pontoon FlexFueler001.

After having received the principal design approval for the LNG bunkering pontoon from Bureau Veritas, the main contractor Kooiman Marine Group, together with subcontractors Marine Services Noord and Cryovat International committed to the realization of the FlexFueler001, claimed to be Europe’s first such vessel.

Titan LNG’s commercial director marine, Michael Schaap, said, “due to the substantial increase in upcoming demand for LNG as a bunker fuel in the ARA region, we had the opportunity to outfit the pontoon directly with 4 tanks.”

It was an easy trade-off between becoming operational slightly deferred and reaching the maximum capacity of 1480 cubic meters from the start directly, Schaap added.

Niek Koops, general manager of MSN (Marine Services Noord) noted that over the last months, the company worked with Titan’s engineers in order to design a compliant and practical LNG bunkering system.

The pontoon, financed with the support of the Province of North-Holland will be stationed in the Port of Amsterdam where it will serve as a stationary delivery location to inland water barges and small sea-going vessels.

The operations are scheduled to begin in the third quarter of 2018. 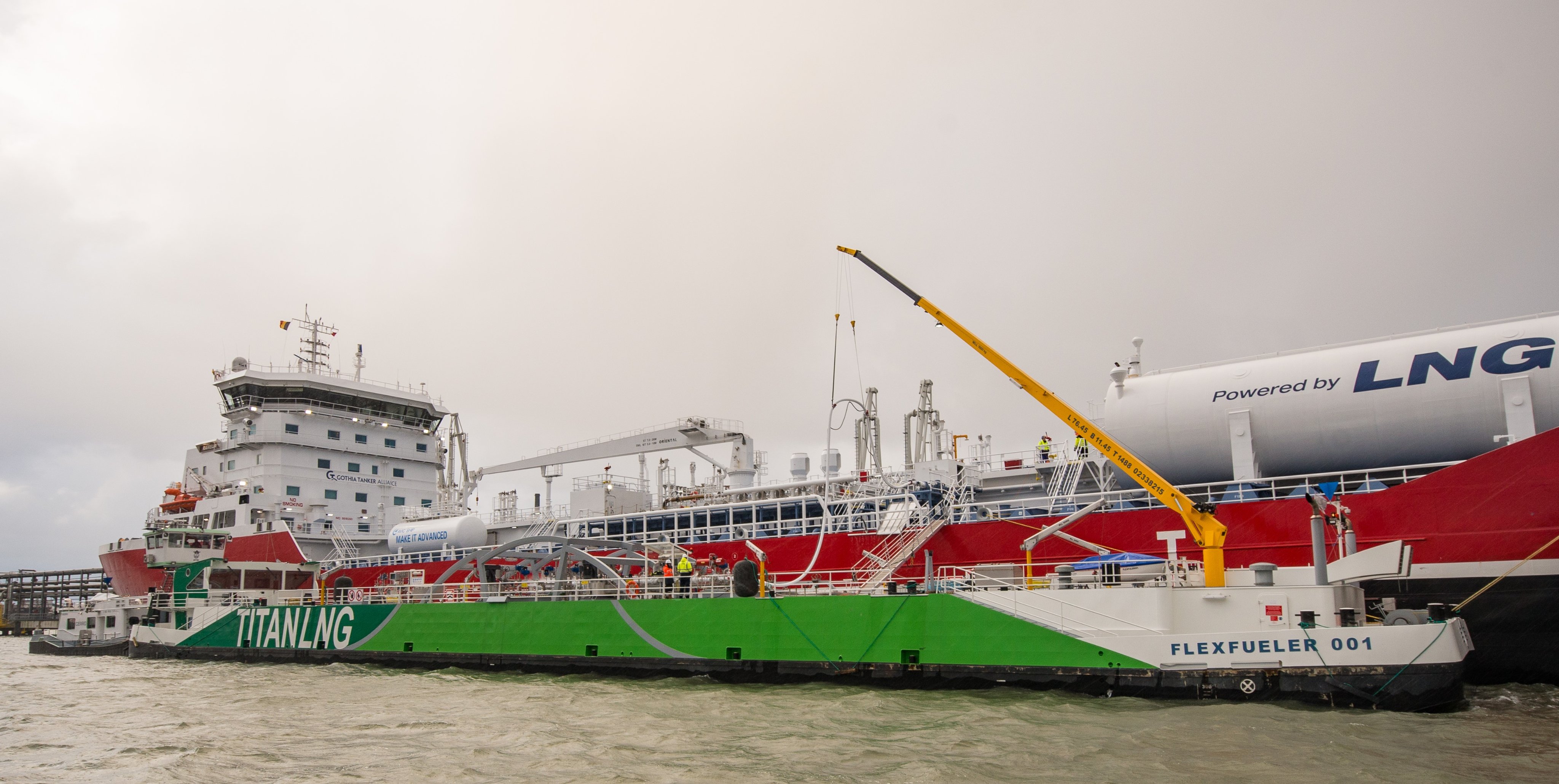