Total Nederland and PitPoint.LNG kicked off the construction of a new multiple-energy truck station in Deventer.

Alongside the traditional fuels on offer, this multiple-energy station will at first be equipped with LNG, PitPoint said in its statement.

The multiple-energy truck station, planned to be operational December 2020, will be built on the grounds of the brand-new A1 business park in Deventer, which is within 500 meters of the A1 motorway, via exit 24. This is an advantageous location for road transportation in the Netherlands and cross-border transport heading to Germany, the statement reads.

The station will be open 24/7. There will be two LNG-pumps allowing trucks to fill up at the same time. The facility will feature extra cold LNG especially for Volvo trucks and a digital display with LNG filling instructions in 11 languages so that drivers from many different countries can follow the instructions.

This is also the first LNG refueling station at one of Total’s facilities in the Netherlands, the statement reads.

As part of Total’s new multiple-energy station where LNG, diesel and AdBlue will be offered, the design of the station is also leaving room for the potential of dispensing hydrogen in the future.

“This project fulfills our objective to grow in low carbon solutions. The transportation sector really needs to become cleaner. We see LNG as the right transition fuel for heavy road transport and it can be used now to start reducing CO2 emissions”, Marja Versleijen, director of mobility & new energies at Total Nederland.

Increasingly, Dutch transport companies are making the switch from diesel to LNG. With cleaner combustion and reduced CO2 emissions, LNG is the best alternative to diesel for heavy road transport at this point in time, PitPoint said.

In addition to the environmental benefits, transport companies geared to Germany also benefit from financial advantages: trucks driving on LNG in Germany are free of toll until December 31, 2023. The new LNG station by Total and PitPoint.LNG is also a response to this development. 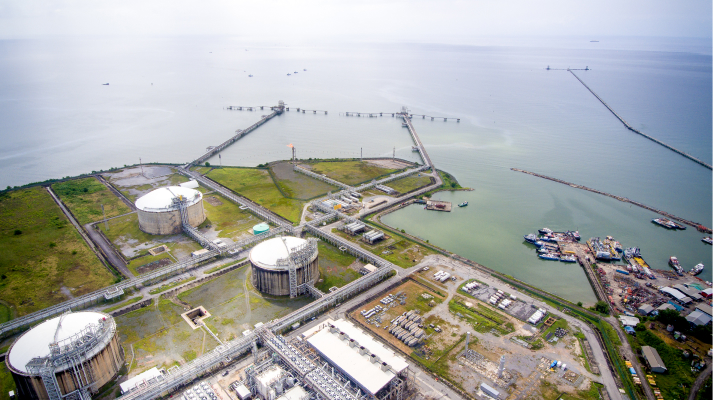