The company reported on Thursday that the comprehensive and relatively quick approval by the Ministry of Energy and Energy Industries’ review team is helpful, as it provides a suitably matured development concept, which can be reviewed by potential funding partners as part of the farm-down process.

Jeremy Bridglalsingh, Chief Executive Officer at Trinity, commented: “We would like to thank the MEEI for their comprehensive and speedy response to our FDP submission. Their approval is a critical milestone as we move towards a Final Investment Decision (FID). The next milestone on the critical path is to commence the farm-down process in early December. The Competent Person’s Report will be finalised in advance of this process, and will form a key assurance document within our Data Room.”

Furthermore, the FDP is focused on the Phase 1 development of the Galeota licence, which has the potential to add additional peak production of c4,000 bopd on the submitted development concept.

In addition, Trinity claims that more recent dynamic modelling has indicated that intra-year peak production could be significantly higher, at up to 7,000 bopd.

This FDP development concept includes the installation of a low cost eight well conductor supported platform (Echo), a new pipeline from Echo to shore, with the existing Trintes platforms tied in, and T sections installed for the potential development of TGAL NE (Foxtrot) and Trintes SW (Golf) areas in the future.

To remind, the first phase of the FDP for the TGAL Area, located on the Galeota Block, was submitted to the MEEI in November 2018.

Trinity explained that the contingent resources estimated to be developed as part of the Echo development concept are facilities constrained, due to the large volume of oil initially in place. Therefore, while progressing the farm-down process, Trinity is also working on both a 10 and 12 well slot platform development solution.

Echo is expected to be powered from shore with tiebacks to the existing Trintes platforms. As no offshore power generation is planned and given that the platforms will be unmanned, the development would have a nominal carbon footprint when compared to standard offshore developments.

“We are continuing to work assiduously on a number of fronts as we move towards FID at the earliest opportunity and are extremely excited by the potential of this development. We believe that the quality of the asset and project maturity, the potential for meaningful fiscal incentives for the sector and the applicability of a significant proportion of our tax losses to Galeota make it a highly attractive opportunity,” added Bridglalsingh.

The company pointed out that a large proportion of Trinity’s total tax loss position – around $165 million of $237 million as in 2020 – can be applied to the Galeota field development, which further underpins its economics.

The firm’s focus during the remainder of the fourth quarter of 2021, will be to work with its adviser to start a formal marketing process for a farm-down of the Galeota asset development, which encompasses the current Trintes field production, the Echo field development and the Foxtrot and Golf appraisal areas.

“Furthermore, the agreement of a new 25-year licence earlier this year, and the associated improvement in the commercial terms governing Galeota, were crucial milestones that should further enable Trinity to attract funding partners as part of a farm-down process and move towards a FID,” concluded Bridglalsingh.

The farm-down process is expected to start during December and last approximately six to nine months.

The Galeota licence area covers 121.6 square kilometres in the shallow waters (17 to 45 metres) of the Columbus Basin. The Galeota Block is surrounded by Teak, Poui and Samaan mature oil fields.

As part of its wider strategy for the future, Trinity signed a memorandum of understating (MOU) with The National Gas Company of Trinidad and Tobago (NGC) last year to explore and develop new projects to enable energy transition in Trinidad and, potentially, in the wider Caribbean and Latin America. 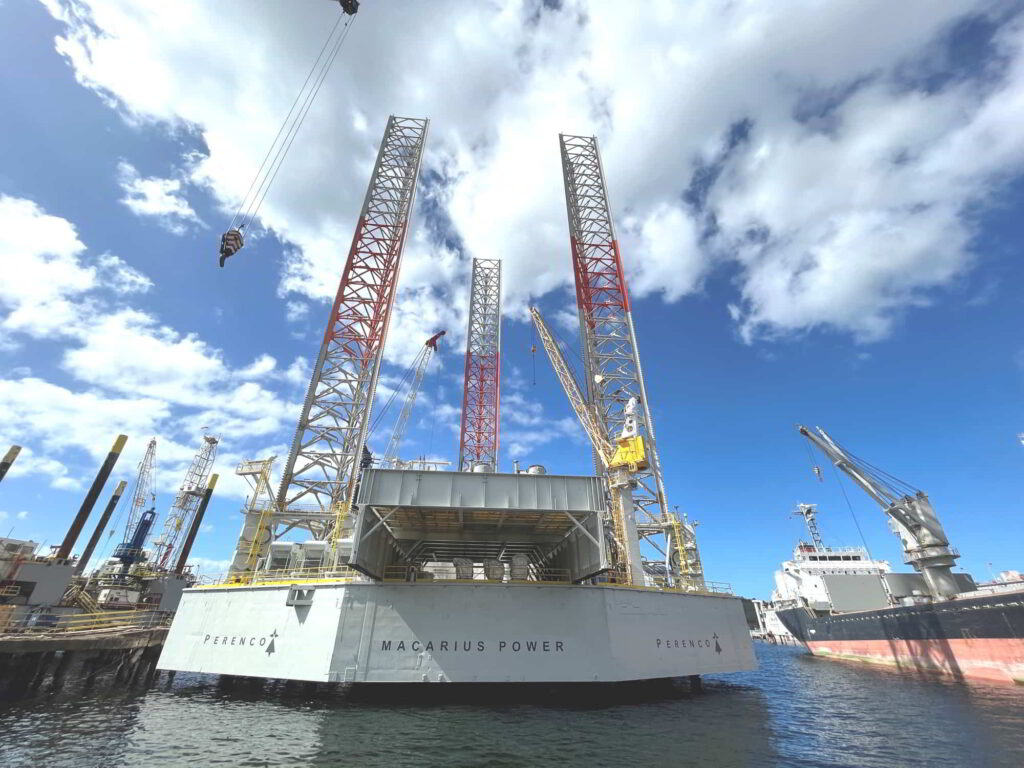