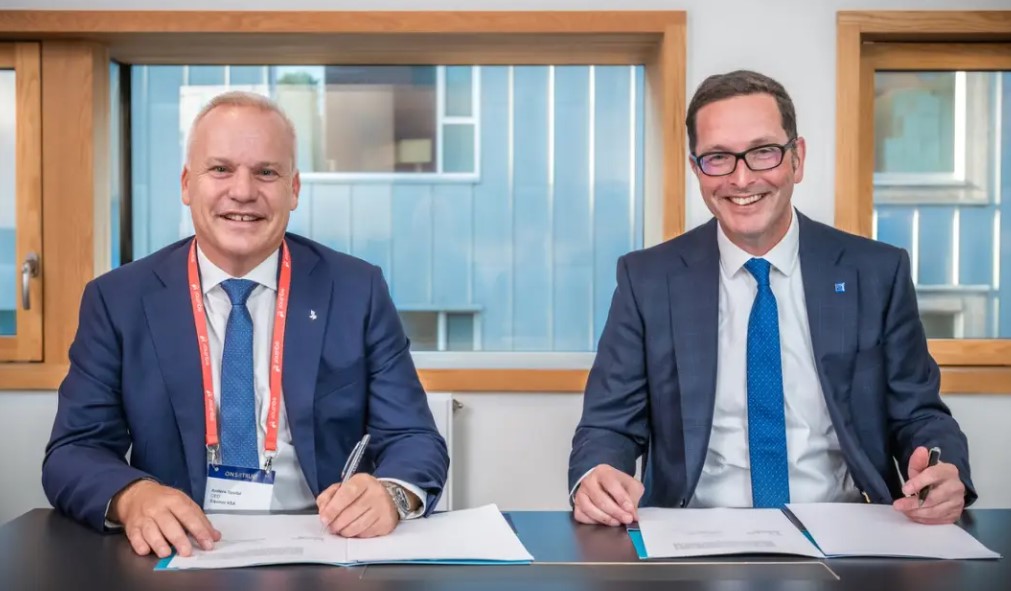 Announcing the agreement on Tuesday, the two companies explained that this Norwegian-German (NOR-GE) CCS project has the ambition to make a vital contribution to reducing greenhouse gas emissions in Europe aiming to establish the value chain and infrastructure for the safe transportation, injection, and storage of CO2 in suitable reservoirs on the Norwegian Continental Shelf.

“This is a strong energy partnership supporting European industrial clusters’ need to decarbonise their operations. Wintershall Dea and Equinor are committed to the energy transition and will utilise the competence and experience in both companies to work with governments and partners to help reach the net-zero target,” said Anders Opedal, CEO and President of Equinor.

Through the partnership, both companies are responding to the European demand for large-scale decarbonisation of carbon-intensive industries that need safe and large-scale underground CO2 storage to abate unavoidable emissions from their processes. The partnership intends to connect Germany, the largest CO2 emitter in Europe, and Norway, holding Europe’s largest CO2 storage potential.

“Wintershall Dea and Equinor will work together to establish technical and commercial solutions for the development of cross-border CCS value chains in Europe and work with governments to shape a regulatory framework that can enable it. We will build on our close cooperation and open the next chapter of German-Norwegian partnership,” said Mario Mehren, CEO of Wintershall Dea.

An approximately 900-kilometre-long open access pipeline is planned to connect the CO2 collection hub in Northern Germany and the storage sites in Norway prior to 2032. It is expected to have a capacity of 20 to 40 million tonnes of CO2 per year – equivalent to around twenty per cent of all German industrial emissions per year.

The project will also consider an early deployment solution where CO2 is planned to be transported by ship from the CO2 export hub to the storage sites.

Wintershall Dea and Equinor also plan to jointly apply for offshore CO2 storage licences, aiming to store between 15 to 20 million tonnes per year on the Norwegian Continental Shelf.

Equinor is also one of the partners in the Northern Lights project, developing an open and flexible infrastructure to transport CO2 from capture sites by ship to a terminal in western Norway for intermediate storage, before being transported by pipeline for permanent storage in a reservoir 2,600 metres under the seabed.

On Monday, Northern Lights and Norwegian chemical company Yara signed what is said to be the world’s first commercial agreement on cross-border CO2 storage and transport, marking a ‘major milestone’ for decarbonising Europe.

Wintershall Dea has the ambition to become net zero across upstream activities by 2030 (scope 1 and 2 on an equity share basis), to further develop its gas-weighted portfolio in Norway, and to build up a CCS and hydrogen business.

The German company has gained expertise in the Greensand Project in the Danish North Sea and, in addition, is a partner in Equinor’s Snøhvit CCS project.