Under the contract, U-Ming has options to buy two more ships potentially bringing the total value of the contract to $200 million, with each vessel priced at $50-55 million.

The delivery of the firm duo is expected in 2023.

The shipping company already has 6 newbuilds on order, according to the data from VesselsValue, including four Capesize vessels at Shanghai Waigaoqiao Shipbuilding and two Post Panamax bulkers at Oshima Shipbuilding with deliveries spread across 2022 and 2023.

The LNG-fuelled bulkers being built by Shanghai Waigaqiao have been taken on a 10-year charter by Anglo American.

In December 2020, U-Ming narked another milestone with the christening of M.V. Grand Wisdom, a 325,000 dwt Very Large Ore Carrier (VLOC).

The VLOC is the second VLOC built for U-Ming by Qingdao Beihai Shipbuilding to operate under the 25-year Contract of Affreightment (COA) awarded by Vale International SA of Switzerland (Vale), one of the world’s top 5 iron ore producers, for transporting Brazilian iron ore to China.

The total contracted value of this COA is more than $600 million enabling the company to secure a bigger portion of long-term contracts with stabilized revenue and profit. 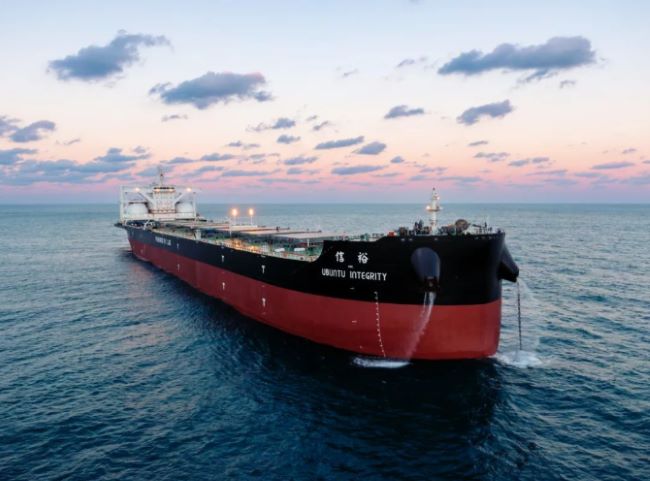