“International steamship lines have been operating in tandem to exploit the Covid-19 disruption to profiteer at the expense of U.S. consumers. They have used the relative unavailability of services to create a frothing demand to exact exorbitant prices for their services,” Richard Master, CEO of MCS Industries, wrote in his letter.

“They now charge rates that have grown seven to ten times the prices charged two years ago.”

What is more, from May 2020 through April 2021, shippers were forced into the spot market for fifty or more percent of their previously contracted requirements, all at higher rates, MCS stated.

Recently, U.S. President Joe Biden also noted that “the global container shipping industry has consolidated into a small number of dominant foreign-owned lines and alliances, which can disadvantage American exporters.”

These ocean alliances give respondents venue and opportunity to co-ordinate “discriminatory practices” such as those alleged herein to violate contracts with shippers like MCS in favor of exploiting profit opportunities on the spot market, MCS claims.

In response to these accusations, Mediterranean Shipping Co (MSC) has issued a statement saying that the company didn’t receive any formal complaint by MCS Industries in advance of the filing, or in relation to the subsequent accusations.

Furthermore, while MSC is still studying some of the contents of this particular complaint, the firm “does not recognise the alleged shortcomings in booking the cargo allocations provided for this shipper.”

MSC also rejected the accusation of collusion between carriers put forward in the complaint, stating that “MSC and the shipping line COSCO are not in the same container-carrying alliance and as such have no operational cooperation.”

Importers all around the world have been faced with surging freight costs due to lockdown measures because of COVID 19 pandemic, and the Suez Canal blockage which happened in March this year.

Global trade was disrupted as hundreds of ships had to wait to pass through the 193km canal. About 15% of world shipping traffic transits the Suez Canal, the shortest shipping route between Europe and Asia. 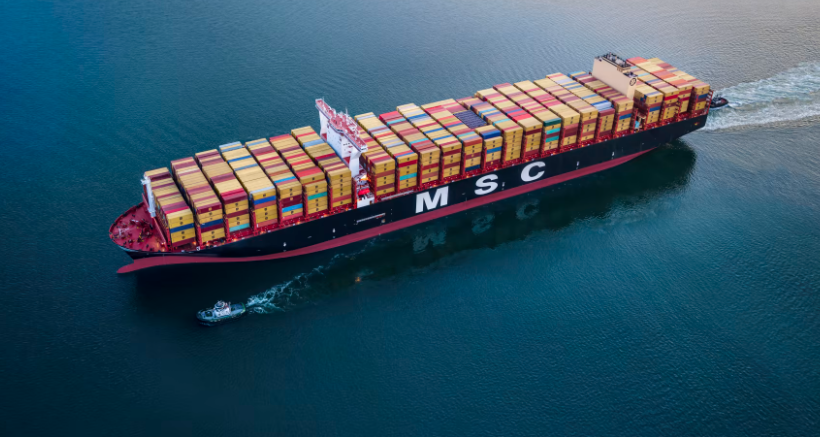