Building on its previous collaboration, Norway’s shipping company, Remøy Shipping, has secured a deal with Seacor Marine to provide management services for another one of the U.S. offshore support vessel provider’s platform supply vessels (PSVs).

Remøy Shipping informed on Friday that it had been awarded a new management agreement with Seacor Marine for the vessel Seacor Nile. The 2019-built PSV is of a UT 771 WP design. This is a large and modern battery-hybrid-powered PSV, according to Remøy Shipping.

Based on the terms of the deal, Remøy Shipping will have commercial and technical management of the vessel operating in the UK Continental Shelf of the North Sea.

The two firms have worked together in the past and the Norwegian player is also managing the PSV Seacor Yangtze for Seacor Marine. The 2018-built vessel, which was recently awarded a one-year charter with Apache, is of UT 771 CD design.

Aside from providing commercial, technical, and crewing services for vessels owned by other shipowners, Remøy Shipping has its own fleet, which consists of a navy vessel Magnus Lagab∅te and three PSVs: Rem Hrist, Rem Mist, and Rem Eir. Based on the Norwegian shipping firm’s statement, these PSVs were built according to Equinor’s specifications and have been chartered to the energy major since their delivery, while the navy vessel is chartered to the Norwegian Navy.

Back in March 2022, Equinor inked a long-term deal with Remøy Shipping for the PSV Rem Eir, leaving room for a potential upgrade of the vessel to operate on ammonia, in a bid to help the state-owned giant reach its emission reduction goals.

A few days later, the shipping company won another deal with Equinor for the PSV Rem Mist, which features a hybrid-electric system and shore power, allowing the Norwegian oil and gas player to boost its efforts aimed at decarbonising its operations and curbing carbon emissions. 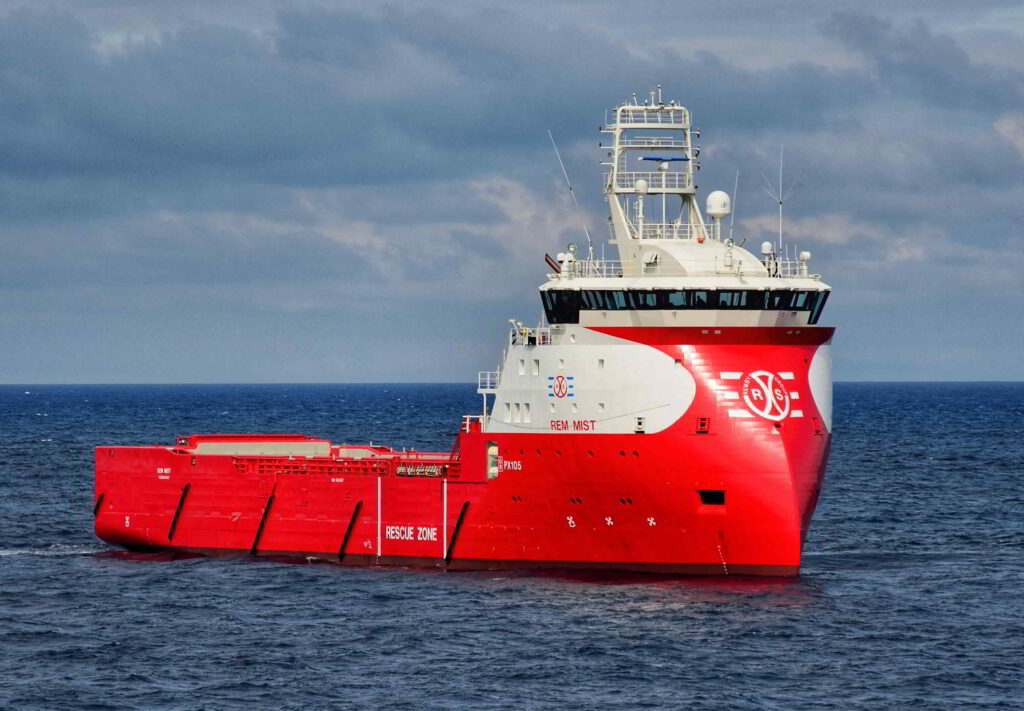