The work of the ground-breaking Oil Spill Prevention and Response Advisory Group (OSPRAG) concludes with the launch of its final report at a one-day conference in Aberdeen today (21 September). A total of 250 delegates are expected to attend the OSPRAG Summit on oil spill prevention and response in the UK to hear from speakers who were directly involved in the group’s activities.

The event is sponsored by Apache North Sea Limited and supported by BP Plc and Endeavour Energy UK Limited.

OSPRAG was set up in May 2010 following the Gulf of Mexico oil spill. The group’s focus was to review and further strengthen the industry’s capability to prevent a major well control incident in the UK continental shelf and respond swiftly in the unlikely event that this should occur. It should be noted that over 7,000 wells have been drilled successfully in the UK in the past 20 years, without a major well control incident.

James L. House, OSPRAG chairman and regional vice president and managing director of Apache North Sea Ltd, said: “OSPRAG was established a month after the tragic events on the Macondo field. It secured an unprecedented level of collaboration across the UK offshore oil and gas industry, its regulators and the trade unions who have achieved much in the last 16 months to strengthen the UK’s preparedness for such an event. This is documented in the final report being launched today.

“OSPRAG’s review of the UK’s oil spill prevention and response practices and procedures is believed to be the largest and most thorough ever conducted by the industry globally. The study gave rise to a high degree of confidence in the UK regulatory regime, and reassurance that it drives the right health, safety and environmental behaviours. Where improvement could be made, OSPRAG developed targeted recommendations which the industry has collectively taken forward, dedicating significant resource voluntarily, both in terms of personal expertise and financial support.”

The importance of sharing good practice in helping to prevent a major well control incident is reflected in the creation, on OSPRAG’s recommendation, of the Well Life Cycle Practices Forum. This permanent new forum has been set up under the governance of Oil & Gas UK and comprises companies responsible for the design, construction and management of wells and intervention operations.

OSPRAG also recommended gearing up the UK’s oil spill response ‘toolkit’ to ensure that in the event of a potentially high impact but low probability incident (such as in the Gulf of Mexico), the UK would have sufficient equipment, materials and people with the necessary skills to deal with response and clean-up operations. A full-scale test of the UK national contingency plan for responding to a major oil spill, including a demonstration of emergency response equipment, was successfully mounted in May this year and, again on OSPRAG’s recommendation, another new forum, the Oil Spill Response Forum, has been established by Oil & Gas UK.

Oil & Gas UK’s chief executive, Malcolm Webb, said: “The two new pan-industry forums that have been created to provide expertise in the specialist areas of well life cycle practices and oil spill response will be important vehicles for completing the implementation of OSPRAG’s recommendations and, as permanent groups under the governance of Oil & Gas UK, will ensure the industry continues on the path of improvement long after OSPRAG’s disbandment.”

A visible outcome of the Group’s work is the OSPRAG capping device, which was unveiled at the Offshore Europe exhibition and conference in Aberdeen earlier this month. This is a significant piece of equipment, designed by the industry for deployment in the unique met-ocean conditions found in the UKCS. It is being held on standby in the North East of Scotland ready for use should it be needed to swiftly seal off an uncontrolled well. An exercise which simulated the logistics of transporting such a device, loading it on to a vessel and lowering it over the side before fixing it to a specially-built simulated well on the sea floor was successfully carried out in July. The OSPRAG cap now forms a key element in the UK offshore oil and gas industry’s oil spill emergency contingency plans.

Mr House concluded: “OSPRAG’s achievements have without doubt been outstanding. It set the pace and the standards to be emulated by the industry elsewhere. All its members have contributed their support, commitment and sheer hard work over the past 16 months to ensure that the regime under which the UK offshore oil and gas industry operates remains robust and fit for purpose.” 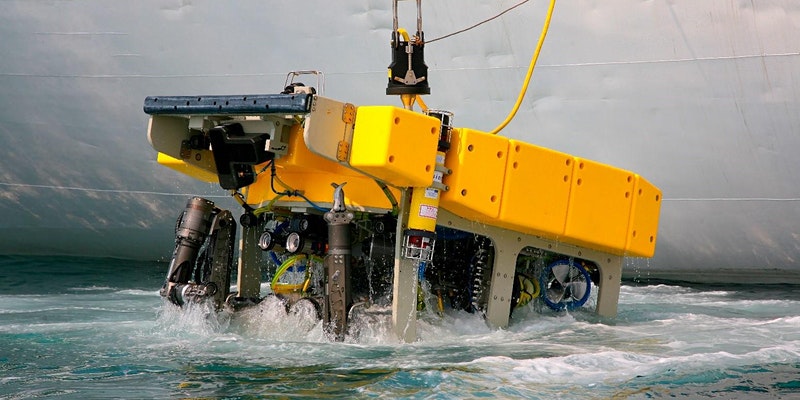