BMT Scientific Marine Services (BMT), a subsidiary of BMT Group Ltd, has been granted a patent for its strain measurement system and unique attachment scheme that can be integrated into the insulation layer on ultra-deep water Steel Catenary Risers (SCRs).

U.S. Patent No. 7,891,254 recognizes the device and method, invented by BMT’s riser engineers, that monitors strain on steel pipes with reduced or eliminated disruption of the insulation layer that covers the pipe. The attachment scheme is less intrusive than previous strain monitoring solutions.

This technology was first deployed offshore in Nigeria to monitor bending strain and fatigue on production gas export risers in the Touch Down Zone (TDZ). BMT will soon utilize this technology for two additional projects in Brazil.

Rod Edwards, Vice President, Business Development at BMT Scientific Marine Services comments: “BMT was motivated to develop this process by the demand for securely attaching strain sensors to deeply submerged insulated pipes -the outside dimensions of which change substantially under the influence of large swings in pressure and temperature, particularly during installation but also during lifetime operations.”

He continues: “This behavior makes conventional clamping systems risky. We also sought to avoid attachment schemes that forced the removal of insulation in areas like the Touch Down Zone where regions of low temperature and scant insulation are unacceptable for flow assurance. Finally, being on the outside of the insulation maintained our sensors at a relatively constant temperature for optimum performance and stability.” 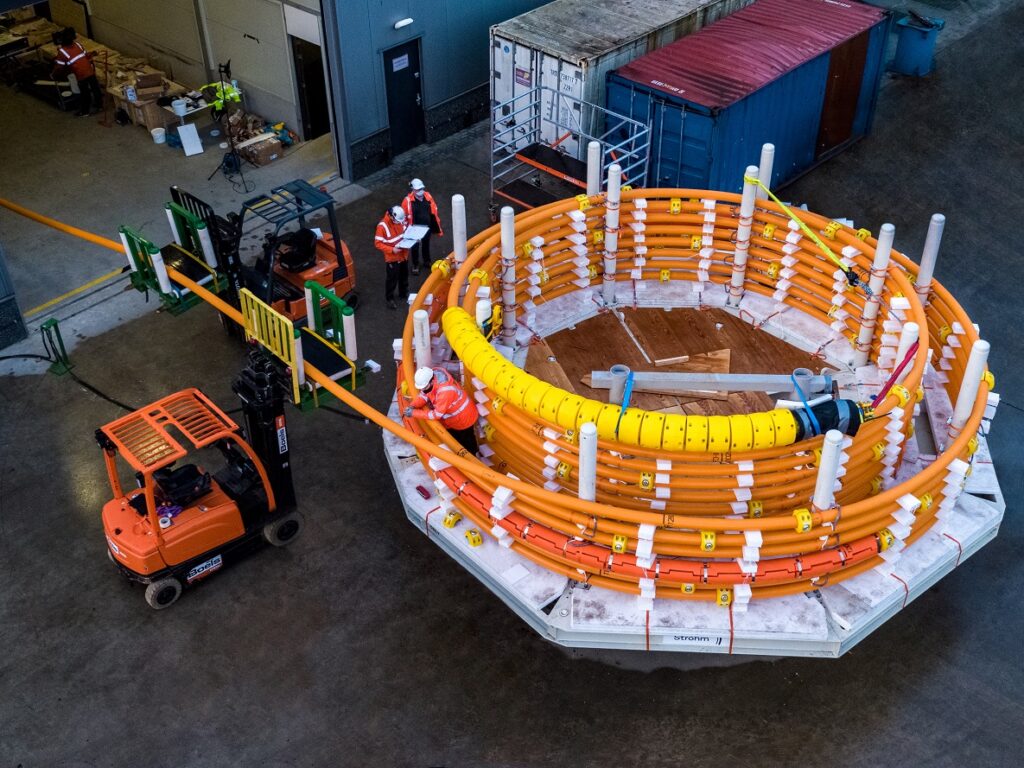