UK opens biggest ever Contracts for Difference round

The biggest ever round of the UK government’s renewable energy support scheme opened on Monday, 13 December.

Renewable energy projects across Great Britain can now bid for funding in the fourth round of the Contracts for Difference (CfD) scheme, which is aiming to secure 12 GW of electricity capacity – more renewable capacity than the previous three rounds combined.

Compared to the previous round, this is open to an expanded number of renewable energy technologies, with offshore wind, onshore wind, solar, tidal, and floating offshore wind projects, amongst others, all eligible to bid for funding in the scheme’s auction process.

A total budget of £285 million a year has been allocated to the fourth round.

Within emerging technologies, £24 million a year has been ringfenced for floating offshore wind projects and £20 million initially set aside for tidal stream projects.

The £20 million per year support for tidal stream projects represents the biggest investment into tidal power in a generation, kickstarting a brand-new chapter for the tidal industry that could also have the benefit of creating jobs across the UK, the government said.

The allocation round will close to applications on 14 January 2022, with the final results of the auction expected to be announced in spring-summer 2022.

”Our biggest ever renewables auction opening today will solidify the UK’s role as a world-leader in renewable electricity, while backing new, future-proof industries across the country to create new jobs,” the UK’s Business and Energy Secretary Kwasi Kwarteng said.

”By generating more renewable energy in the UK, we can ensure greater energy independence by moving away from volatile global fossil fuel prices, all while driving down the cost of new energy.”

The competitive nature of the CfD scheme has been hugely successful in driving the deployment of renewable energy across Great Britain whilst rapidly reducing costs, the government said. The scheme’s design has led to the price per unit of offshore wind to fall by around 65 per cent between the first allocation round (AR) in 2015 and the third in 2019.

”The Contracts for Difference scheme is proof that green and growth go hand-in-hand as it continues to be a key driver behind the world-leading renewable energy sector that is providing us with secure clean energy, creating jobs across the UK and opening investment and export opportunities,” the UK’s Energy and Climate Change Minister Greg Hands said.

”The previous 3 rounds have allowed us to push forward with the Green Industrial Revolution and this round will take us further and faster than ever before while continuing to drive down costs for consumers.”

There has also been a strengthening of the supply chain plan process, so the CfD’s fourth round can support the effective development of open and competitive supply chains and promote innovation and skills in the low-carbon electricity generation sector.

Subject to the outcome of the competitive auction, it is expected that AR4 will be a major step towards delivering the government’s increased ambition to have 40 GW of offshore wind by 2030, including 1 GW to come from floating offshore wind, as set out in the Ten Point Plan for a Green Industrial Revolution.

The additional offshore wind capacity resulting from the funding alone could generate enough electricity to power around 8 million homes, the government said.

”More than 16 GW of wind could be ready to compete and over 23 GW of renewables overall. We could see investment of over GBP 20 billion in this round, creating thousands of jobs and cutting costs for energy consumers,” RenewableUK CEO Dan McGrail said.

”We need a range of renewable technologies to get us to net zero as fast as possible, so it’s great to see the development of innovative floating wind and tidal stream projects supported by ring-fenced funding, as we’ve been advocating. This will enable us to ramp up the roll-out of these cutting-edge technologies, building up massive industrial opportunities for the future, including exports.” 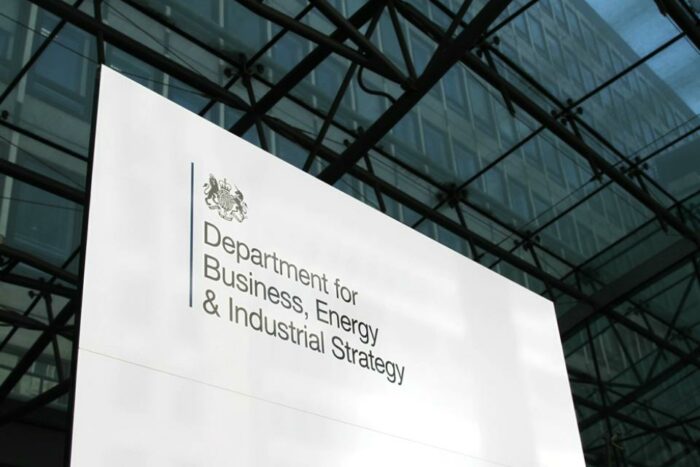 UK adds €262 million to biggest ever renewable energy support scheme
Posted: 4 months ago
UK to invest £20 million per year in tidal energy in ‘game-changing’ move for the sector
Posted: 2 months ago
Six key offshore wind themes to watch in 2022 – Westwood
Posted: 4 days ago