UK scientists will measure the effect on the marine environment and wildlife of devices that harness tide and wave energy using sonar technology that has, for the first time, been successfully deployed on the seabed.

Renewable energy from tidal currents can be generated using turbines in the tidal flow, and wave energy can be captured in a number of different ways. FLOWBEC (Flow and Benthic Ecology 4D) is a three-year, £1.2 million project that brings together a consortium of researchers to investigate the effects of such devices by monitoring environment and wildlife behaviour at UK test sites, the first of which is the tidal energy test area of the European Marine Energy Centre (EMEC) in Orkney.

FLOWBEC is a National Oceanography Centre (NOC)-led project, which is funded by the Natural Environment Research Council and Defra (the Department for Environment, Food and Rural Affairs). It brings together scientists from the Universities of Aberdeen, Bath, Edinburgh, Exeter, Plymouth, Queens University Belfast, Plymouth Marine Laboratory, Marine Scotland Science, the British Oceanographic Data Centre, EMEC, and one of the world’s leading tidal turbine developers, OpenHydro Ltd.

The researchers from the Universities of Bath and Aberdeen, together with the expert acoustic and technical teams at Marine Scotland Science, have combined two state-of-the-art sonar systems on a seabed frame placed within 25-metres of an OpenHydro structure. This monitors fish and diving seabirds that pass through or feed within the location; in particular, the study is assessing how fish and seabirds interact with the installation.

For the first time these sonars – which are normally mounted on a ship as separate units looking down at the seabed – have been adapted to operate autonomously in combination for several weeks, while facing upwards. Collecting the data in this way allows imaging of a full `acoustic curtain’ along the tidal flow and around the turbine in a highly challenging environment.

A marine radar, deployed by the NOC, has also monitored activity on and above the sea surface, mapping the extreme currents and waves at the site and tracking the behaviour of birds and marine mammals in the immediate area. Along with all the high tech instrumentation, a skilled birder, University of Aberdeen PhD, James Waggitt, made observations on high ground nearby which identified the times and types of seabirds diving for food within the site.

The researchers are working together to identify the wildlife and their behaviour detected by the monitoring systems. They will investigate how the various species choose to use areas of the water column with different physical characteristics, and how the surrounding environment is affected by the presence of this renewable energy structure.

By understanding behavioural preferences, they hope to be able to understand how changes to water flow and turbulence introduced might affect the various types of marine wildlife and identify their interaction with tidal technology.

The FLOWBEC team deployed the sea bed frame containing the sonar systems at the EMEC tidal energy test site for two weeks at the end of June, and have now begun processing the data. The early results were presented at the European Conference in Underwater Acoustics in Edinburgh from July 2-6. The team will also be conducting studies at the WaveHub site off the Cornish coast, and in Strangford Lough in Northern Ireland.

Dr Philippe Blondel, Senior Lecturer in Physics and Deputy Director of the Centre for Space, Atmosphere and Ocean Science at the University of Bath, said: “Using waves and tides as a renewable energy source is more predictable than solar or wind energy, and of course there isn’t the same visual impact. Tidal energy devices alter the local water flow and this project aims to measure and assess whether this has an effect on the wildlife around it.

“We’ll be sharing the knowledge gained with other users and providing data as an open resource for environmental scientists at the end of the project. Our presentation of the first results at the European Conference in Underwater Acoustics, a few days after recovery, has been extremely well received by operators and researchers working with marine renewable energies.”

Dr Beth Scott, Senior Lecturer in Marine Ecology at the University of Aberdeen, said: “It is an amazing feat of collaboration, involving such a wide range of expertise, that has allowed us to produce and successfully deploy the combined type of instruments that will finally start to provide the ecological information so badly needed by the marine renewables industry.

“After detailed analysis these data will determine how mobile animals, such as seabirds and their fish prey, behave around marine renewable devices over an entire fortnightly tidal cycle – as the instruments successfully ‘pinged’ away and collected data for every second of that two-week period. This research will help to determine the actual risk of collision between marine animals and turbines and will allow governmental marine spatial planners a step change in the level of certainty about where to allow renewable developments. ”

Dr Jennifer Norris, Research Director at EMEC, said: “EMEC has been working closely for many years with the regulators, their advisors, on-site developers and various experts to develop methodologies for assessing environmental interactions with devices. The system successfully trialed in FLOWBEC will gather key data sets required to fill some of the knowledge gaps needed to inform this emerging industry. EMEC is also working on a parallel project called ReDAPT which is currently commissioning a cabled monitoring pod, including an active sonar system, and the learning generated from these complementary projects will be of direct benefit to the industry.”

Dr Paul Bell, a marine physicist at the NOC who is leading the project, said: “This is a truly multidisciplinary study bringing together researchers from all over the UK to shed light on how extracting wave and tidal energy from our oceans might affect the environment. If there are effects they could be beneficial to wildlife – but if any are negative, our research may suggest ways of avoiding them in future designs.” 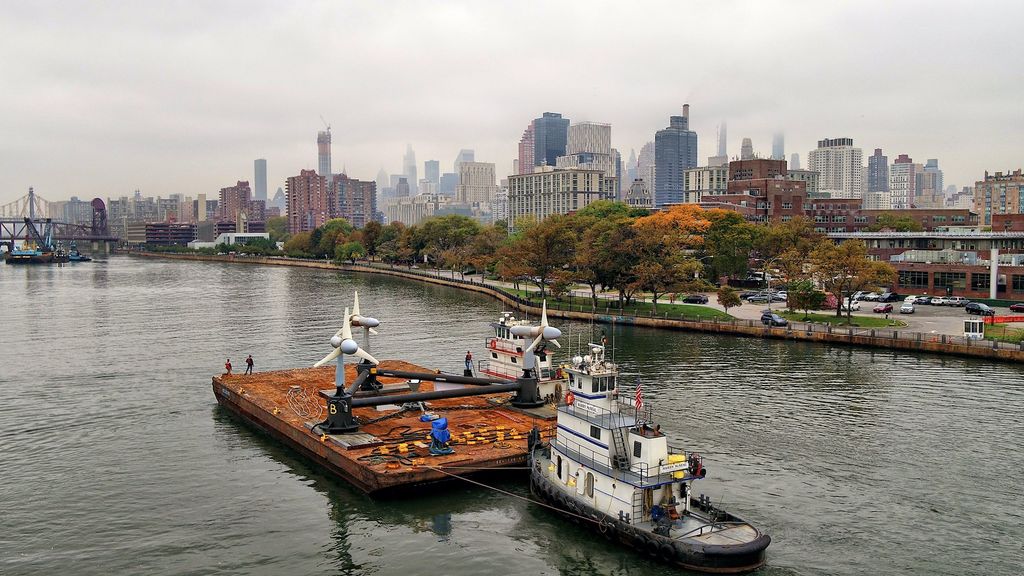