Ulstein Verft reported that sections for hull 302, an offshore construction vessel for Island Offshore/Edison Chouest Offshore, have arrived at Ulsteinvik.

The vessel has been redesigned in the engineering phase, and thus, the final vessel has increased both in length and beam. The vessel will be 159.8 metres long with a beam of 30 metres. The deadweight will be approximately 14 000 tonnes, resulting in increased deck area and tank capacity.

“Ulstein Verft has a unique position by the in-house multidisciplinary know-how of ship designs and a large technical department. This give our customers added value in which it enables us to take on such major change orders,” says project manager in Ulstein Verft, Per Svein Brekke.

The total steel volume is about 8.800 tonnes, or approximately the same as five platform supply vessels. Of this volume, Ulstein Verft’s department in Vanylven will produce approx. 1,520 tonnes – the largest steel volume delivered to one project from this department.

Most sections for the fore ship are now ready to be assembled and outfitted at Ulstein Verft. Due to the massive order change the delivery is now scheduled for Q4 2015. 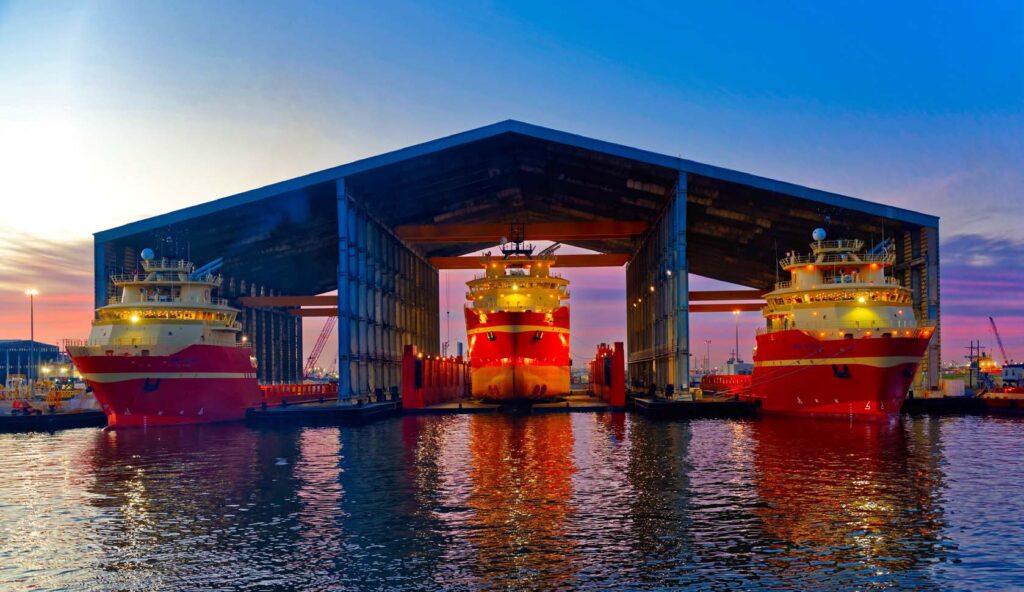