Despite sanctions imposed by the U.S. in January, Russian vessel Fortuna has started laying pipes for the Gazprom-led Nord Stream 2 gas pipeline in German waters.

According to an article by Reuters, Germany’s Waterway and Shipping Authority stated that the Fortuna arrived on site and started laying pipes. Fortuna will be working in German waters from May 22 to June 30, having earlier laid pipes in Denmark.

Back in December 2020, the Fortuna was involved in completing a 2.6-kilometre-long portion of the Nord Stream 2 pipeline in Germany which was stalled due to a threat of U.S. sanctions.

Initial sanctions by the U.S. were imposed on the project back in December 2019 when offshore installation contractor Allseas suspended pipelaying works.

Following the completion of the short stretch in Germany, the Fortuna proceeded to Denmark to lay the 120 kilometres of pipes in the country’s waters.

In March, a second Russian pipe-laying vessel, the Akademik Cherskiy, was undergoing sea trials ahead of joining the Nord Stream 2 project. The vessel was intended to join the Fortuna in Danish waters. According to the latest AIS data, Akademik Cherskiy is still near Denmark.

But March also was a month for politics as the U.S. State Department stated that any entity involved in Russia’s Nord Stream 2 offshore pipeline project risks U.S. sanctions and should immediately abandon work on the pipeline.

By that time, the Fortuna was already under sanctions imposed by the Trump administration in its last day in office.

Germany’s Greens Party also chimed in by promising to abolish the contested Nord Stream 2 pipeline in their election programme.

This is yet to become a reality as the elections in Germany are set for 26 September this year. Another problem is the hurdle this promise creates for a potential alliance between Angela Merkel’s conservative Christian Democratic Union (CDU) party and the Greens – or Bündnis 90/Die Grünen party, its full name.

While the U.S. is imposing sanctions, the German Greens promising to stop the project, Russian giant Gazprom is carrying on with the final 30 kilometres of the pipeline in Germany. Nord Stream 2 told Reuters via email that all of the current works in Germany were performed per available permits.

As for $11 billion-worth Nord Stream 2, it is designed as two parallel 48-inch lines, roughly 1,200 kilometres long, each starting southwest of St. Petersburg and ending at the German coast at Greifswald.

Nord Stream 2 will be doubling the capacity of the existing Nord Stream gas pipeline and take gas to Europe via Germany, bypassing Ukraine which would deprive it of lucrative transit fees.

The project is a rising point of contention between Moscow and Washington. The United States, which is looking to sell its liquefied natural gas to Europe, said that Nord Stream 2 would increase Russia’s economic and political leverage over Europe. Moscow and Germany both claim that it is a commercial project. 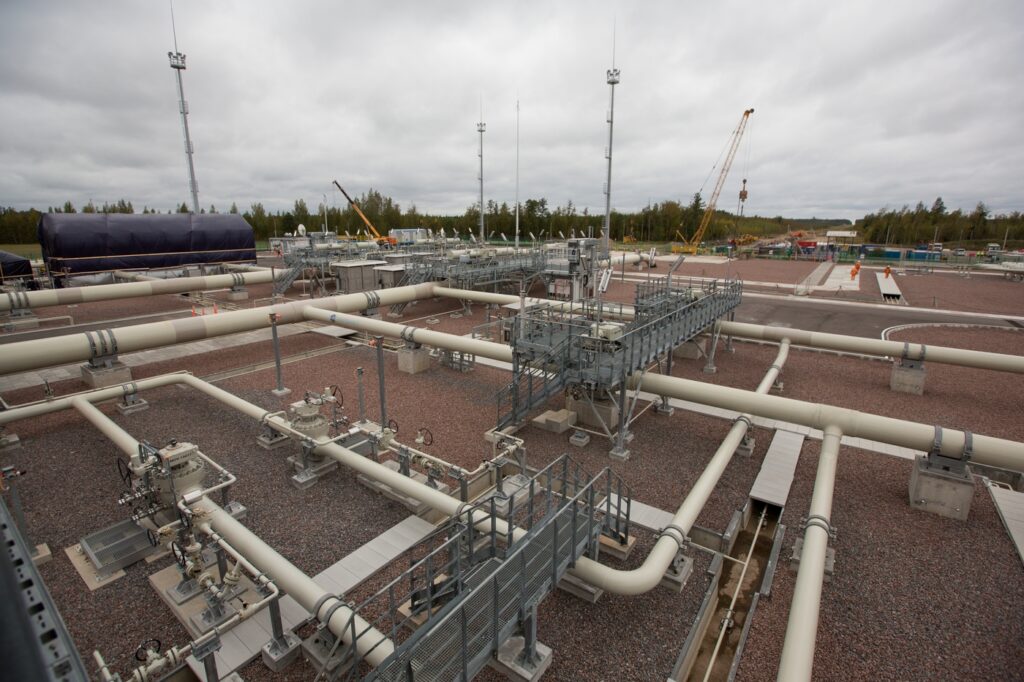