The U.S. Army Corps of Engineers has awarded a $1.79 million contract to H&L Contracting LLC to dredge the Shrewsbury River which runs through Monmouth County, New Jersey. The project will entail removing 60,000 cubic yards of sand in order to keep the Shrewsbury River channel navigable.

The announcement came from Congressman Frank Pallone, Jr. (Jun 25) who also revealed that Monmouth Beach, New Jersey will receive $1.78 million in federal funds provided by the National Fish and Wildlife Foundation’s (NFWF) Hurricane Sandy Coastal Resilience Grant Program, on behalf of the Department of the Interior, to create 6,400 feet of coastal dunes in the area.

This allocation to Monmouth Beach is a portion of more than $102.7 million in federal grants for areas at risk from future storms. The town will use the material dredged from the Shrewsbury River project to create the dunes in Monmouth Beach.

“This is truly a win-win,” said Congressman Pallone. “The Shrewsbury River will have a better navigation channel for local boaters and the dredged material will be put to beneficial use to help Monmouth Beach create dunes that will protect the area from future storms. I am so pleased that we can move forward with both projects and that they will be completed in sync to benefit our community.”

Congressman Pallone sent a letter to the NFWF in January 2014 urging that this funding be granted to Monmouth Beach, which was significantly affected by Superstorm Sandy. The new dune system will provide resiliency against future storms and help with the rising sea levels. It will also provide an important habitat to various plants and wildlife, including several endangered species such as the Piping Plover, Least Tern and Black Skimmer.

Sand removal from the Shrewsbury River could begin as early as September 2014. The sand will be pumped onto the beach starting at approximately 0.23 miles north of Seacrest Road, proceeding southward as necessary to place the dredged sand.

To do so, a discharge pipeline for a small hydraulic dredge will cross under Route 36 and over the existing seawall, continuing along the shoreline east of the seawall. 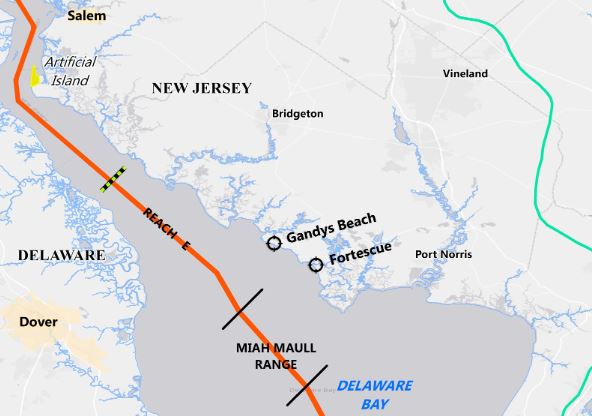