Hornbeck Offshore Services, Inc. announced today the execution of definitive contracts for the construction of sixteen high-specification offshore supply vessels (“OSV”), in connection with its latest newbuild construction program announced on November 7, 2011. This is the Company’s eighth newbuild vessel program since its inception in 1997, and its fifth newbuild program involving state-of-the-art, technologically advanced new generation OSVs.

The Company has separately contracted with VT Halter Marine, Inc. of Pascagoula, Mississippi and with Eastern Shipbuilding Group, Inc. of Panama City, Florida for the construction at each yard of eight 300 class vessels with options to build additional such vessels should future market conditions warrant. The Company’s first decision with respect to the exercise of options will need to be made in September 2012. Delivery dates for option vessels will be approximately 26 months following the option exercise. The aggregate cost of the first sixteen vessels under this program is expected to be approximately $720 million, excluding construction period interest. Construction costs will be funded with cash on-hand (including the net proceeds of the Company’s recently completed equity offering), projected free cash flow from operations and, if necessary, available capacity under the Company’s currently undrawn and recently expanded $300 million revolving credit facility.

VT Halter Marine will construct eight vessels based on the Super 320 design that it developed for Hornbeck Offshore. These DP2 OSVs are designed to have 6,200 long tons of deadweight capacity, approximately 20,900 bbls of liquid mud carrying capability, 11,863 sq. ft. of deck area and a fire-fighting class notation. The Super 320 design is based on a larger version of the HOS Coral, an existing 290 class DP-2 OSV which the Company has successfully operated since her delivery in early 2009. The Super 320 design has been developed with particular attention to the most stringent regulations for environmental stewardship, including a double-hull that eliminates any fuel storage adjacent to the sideshell, and propulsion machinery that meets the requirements of EPA Tier 3 for stack emissions. 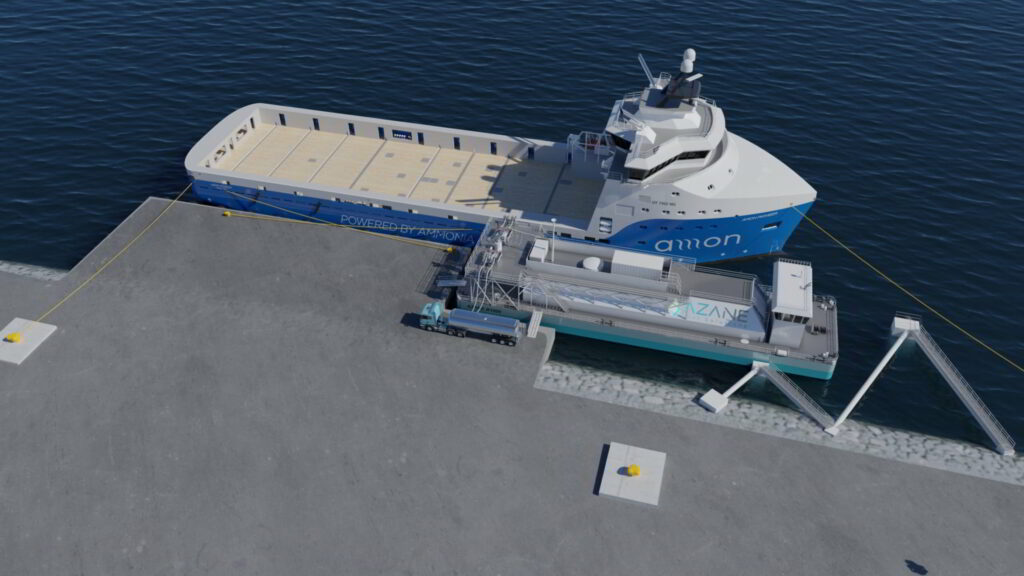