As the second round of El Faro hearings continues this week, the US Coast Guard Marine Board of Investigation listened to testimonies about the ship’s stability and cargo security, local media reported.

With these hearing the USCG is trying to determine what led to the sinking, and whether commercial pressure, negligence in cargo security or poor safety culture had anything to do with the accident.

Most of Monday’s hearings revolved around a software program CargoMax, used to calculate load and stability. The board found out that American Bureau of Shipping (ABS), a company which was hired to certify El Faro, owns a 50 percent interest in the company that develops the cargo loading problem they were certifying. During the hearings, ABS said that these facts did not present any conflict.

The hearings also revealed that the loading requirements in El Faro’s manual did not undergo a lot of change since 2005, casting doubt on the captain’s ability to make the right calculations for stability.

Last week’s hearings of the Coast Guard’s investigation unveiled that the final inspection of the ill-fated cargo ship El Faro did not show any signs of mechanical or structural issues. Furthermore, the board heard that the US-flagged cargo ship received outdated weather forecasts before it encountered Hurricane Joaquin, while the former El Faro master, Capt. Jack Hern, earlier said that he had raised concerns over the ship’s stability, citing water integrity-issues, wear on hatches and boilers that often needed maintenance as key vulnerabilities.

The second round of hearings, set to last until May 27, will cover other circumstances surrounding the sinking of the US-flagged cargo ship as the officials try to find the reasons which led to the loss of the vessel and its 33 crewmembers on October 1, 2015, during Hurricane Joaquin while El Faro was sailing from Florida to Puerto Rico. 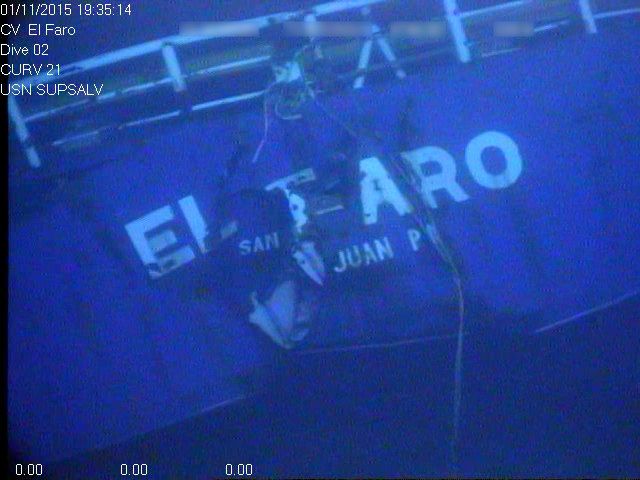