An ill crew member has been medically evacuated from a Norway-flagged tanker off Midway Islands in the Pacific Ocean, the United States Coast Guard (USCG) said.

The 32-year-old Latvian seafarer was rescued from the 50,000 dwt Leikanger on late October 20 in a joint operation carried out by the USCG, the US Fish and Wildlife Service (US FWS) and the Hawaii Disaster Medical Assistance Team (DMAT).

On late October 18, JRCC Honolulu watchstanders received a call from Rescue Coordination Center Stavanger in Norway, reporting the mariner was experiencing a medical emergency aboard the 2016-built tanker. The crewmember was reportedly suffering from severe pain and numbness in his lower abdomen.

At the time of the original call, the vessel was some 667 miles north of Midway, according to the USCG.

The tanker reached Midway in the afternoon hours of October 20 (local time) and the crew member was transported to shore by a small boat.

Due to the high volume of birds in the area, particularly albatross, it was necessary to land planes on Midway at night to limit the chance of bird strikes.

Following the boat transfer, the Hercules aircrew arrived in Midway at around 11:00 p.m. that day, embarked the crewmember, and transported him to Oahu where he was taken to the Queen’s Medical Center.

After the seafarer was evacuated, Leikanger crew resumed their voyage, transporting gasoline. 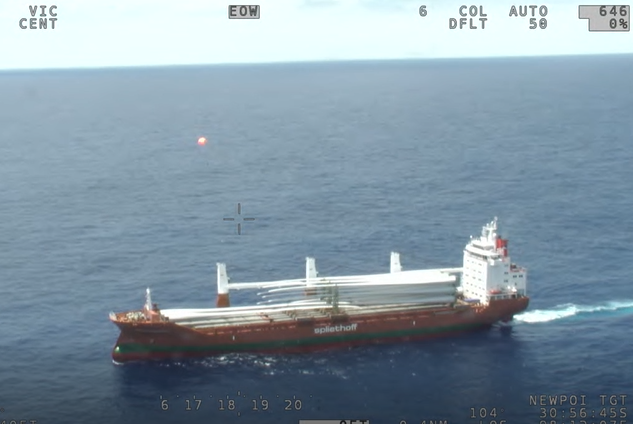