Topaz said via social media channels on Sunday that the company took delivery of the Topaz Tiamat from Vard at the shipyard in Brattvag, Norway, on January 17.

The company added that the multi-purpose ROV support vessel would start work in the North Sea straight away.

Namely, the Topaz Tiamat was hired for 2.5 years, by Reach Subsea and MMT in early November 2018. Reach Subsea will have three yearly options to extend the charter.

Topaz ordered the Tiamat and its sister vessel Topaz Tangaroa for $115 million from Vard back in September 2015.

The vessel is of VARD 3 08 design and has a 120-tonne active heave compensated offshore cranes with the capability of reaching working depths of 3,000 meters. Subsea equipment can be lowered down onto the seabed through a moonpool or over the shipside.

Also, both vessels will have two remote operated vehicles (ROVs), which will be deployed via launch and recovery systems (LARS) in the side and accommodate up to 82 persons in high standard cabins. 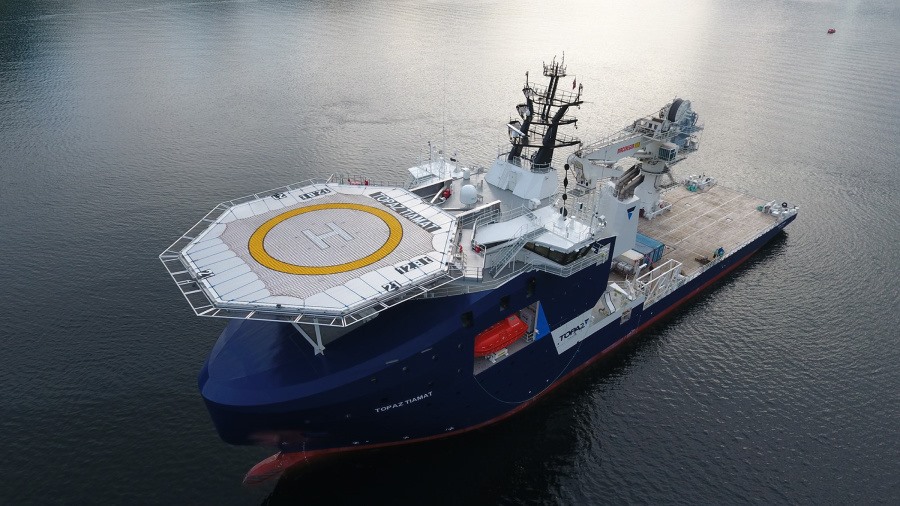