The CLV has been designed by Skipsteknisk in Ålesund and will be constructed by Norwegian yard Ulstein Verft.

Close to 150 meters long, Nexans Aurora will have the capacity to accommodate 90 personnel, perform power cable laying, cable system protection and trenching, and be capable of high maneuverability and DP3 station-keeping capabilities.

Rather than using overhead cranes within the mission bay, MissionEase works on a system of hydraulic cradles which move boats safely from their stowage positions to maintenance, preparation, or launch areas.

This complete MissionEase system order, which davits installed either side of the mission bay, deck-mounted transfer rails and the unique cradle mechanism to handle multiple boats, follows on from a previous contract to supply a variant of the solution to Esvagt.

The full-size Vestdavit MissionEase system will be able to handle several workboats/tug boats for launch from or recovery to either side of the ship, with one operator using a remote control to launch and recover the mission boat, including all on-deck handling.

The davits to be used in combination with MissionEase are Vestdavit’s compact and reliable Telescopic TDB-5000 units, which are often chosen by Coastguards, Navies and offshore operators when space, as well as performance, is key. The TDB-5000 is also equipped with a range of safety features such as shock absorbers, constant tension, remote control and wire puller.

In addition to the MissionEase system, Vestdavit is also delivering two H-9000 davits capable of handling a pair of Fassmer SLT 8.5 life/tender boats within the terms of the contract. 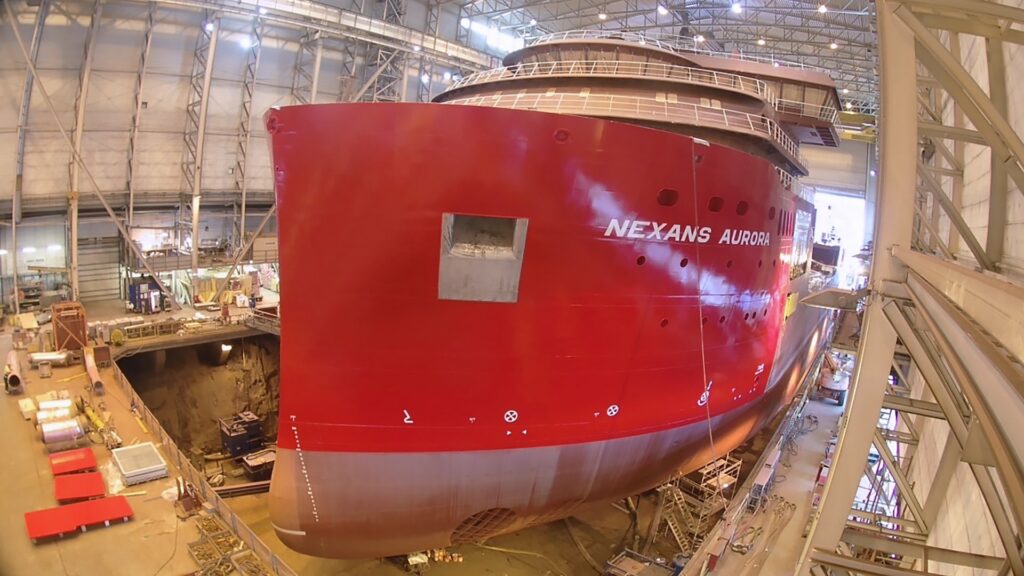