Norwegian oil major Statoil has posted a video of the substructure of the world’s largest spar platform, Aasta Hansteen, being floated onto a heavy transport vessel before setting sail for Norway.

Earlier this month, the substructure started its journey from Hyundai Heavy Industries in South Korea to Norway.

The video shows the substructure being loaded onto the world’s largest heavy transport vessel, the Dockwise Vanguard. The journey is 14,500 nautical miles long and will take approximately two months.

The spar’s first touch point will be in Høylandsbygd, Sunnhordland where it will be floated off the heavy transport vessel before it is upended in Klosterfjorden and then towed to Digernessundet.

Apart from the lower hull, Hyundai Heavy is in charge of building the topsides of the platform. According to Statoil’s estimates, the topsides will follow the spar in about four months. When it is completed, the gas platform will then be towed to the Norwegian Sea and the Aasta Hansteen field during 2018.

After being initially scheduled to start in the third quarter of 2017, the production from the field was postponed and first gas is now expected in 2018.

The Aasta Hansteen field, discovered in 1997, is located in the Norwegian Sea. Statoil is the operator of the field with Wintershall, OMV, and ConocoPhillips as partners. 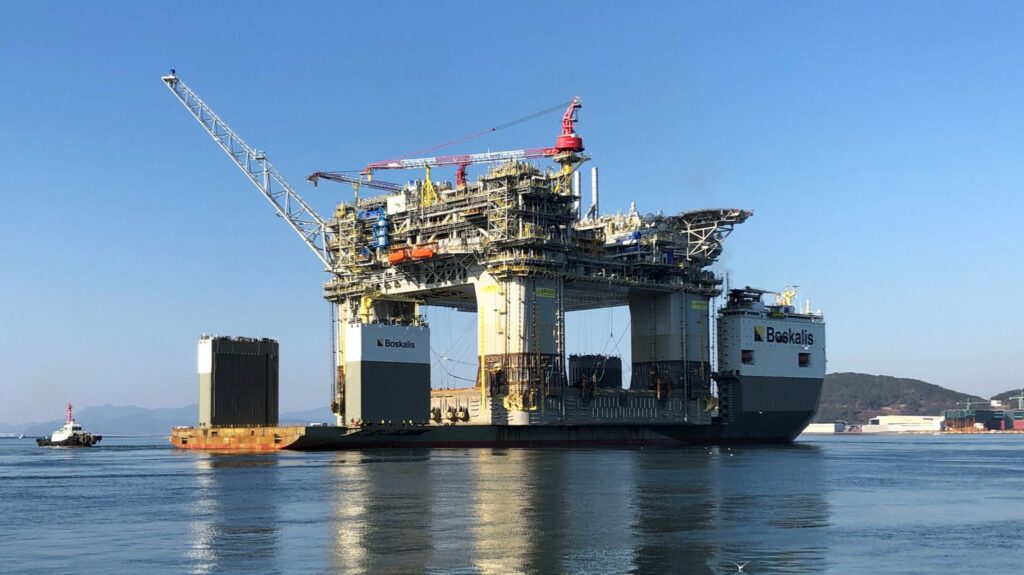