Her testing program included performance tests in two distinct ice thicknesses in ahead and astern directions as well as in the oblique icebreaking mode, as is shown in the following video. She passed her full scale tests with flying colors.

Baltika is the first vessel ever built with an asymmetric hull design, which allows her to break ice ahead, astern and sideways. This ability allows this relatively small icebreaker to open a wide channel in ice.

The vessel was developed by Aker Arctic, propelled by Steerprop, and built by Arctech Helsinki Shipyard in co-operation with Russian Yantar Shipyard JSC.

She is 76.4 metres long and has a beam of 20.5 metres. Her diesel-electric power plant consists of three Wärstilä 9L26 generating sets with a combined output of 9MW.

Baltika is owned by the Federal Agency for Maritime and River Transport of Russia (Rosmorrechflot) and operated by the Russian Maritime Emergency Rescue Service (FGI Gosmorsspassluzhba). 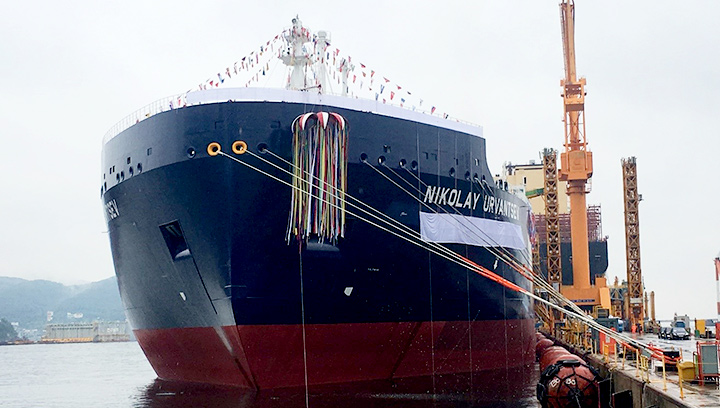