Advertisement
Back to overview
Home Shipbuilding VIDEO: Genting Dream Squeezes Through the Ems

Genting Hong Kong has shared a video of the river conveyance of Genting Dream, the first ship built for the Dream Cruises line, that began on Sunday, September 18, from Meyer Werft’s shipyard in Papenburg, Germany.

The river conveyance marks the official start of Genting Dream’s journey to her first home in Guangzhou, China, where she will begin service on November 13, 2016.

From the covered shipyard of Meyer Werft where the first steel cuts were made to begin construction of Genting Dream in February 2015, the ship has travelled the river Ems en route to its first destination in Eemshaven, Netherlands, to undergo initial testing, after which she will travel further to Bremerhaven, Germany, for additional sea trials.

After Genting Dream’s official handover ceremony from Meyer Werft to Dream Cruises scheduled for October 12, the ship will begin her ocean voyage that will take her from Germany to Gibraltar, through the Mediterranean Sea and the Suez Canal, across the Indian Ocean with visits to India, Singapore, Vietnam and Hong Kong before ending at her new homeport in Guangzhou, China on November 13.

Upon completion, Genting Dream will be able to accommodate 3,400 guests in 1,674 staterooms, attended to by 2,000 crew members. 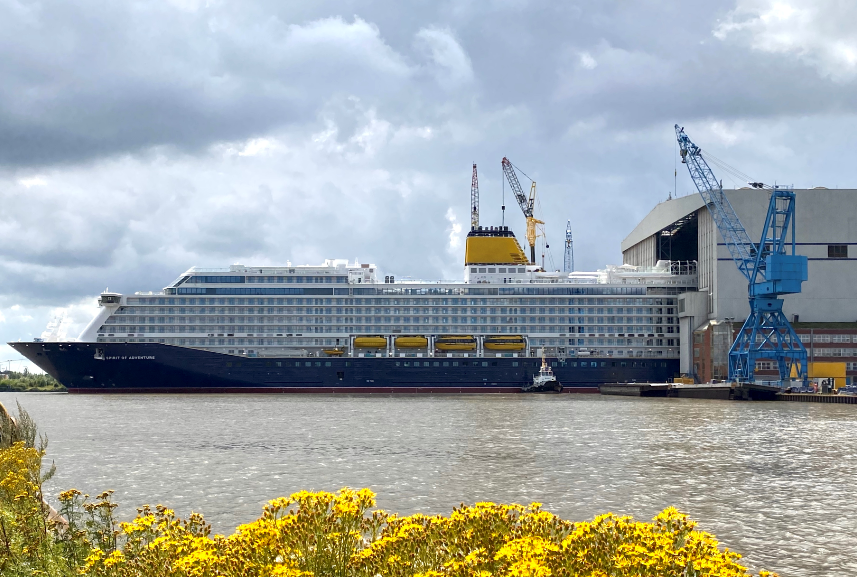