Nova Innovation is the third company to feature in a series of case studies showcasing the pioneering British companies developing solutions that will support growth in the offshore wind, wave and tidal sectors – and bolster the UK supply chain.

The project is on course to demonstrate that tidal energy costs can be drastically reduced, becoming cost competitive with other forms of renewable energy generation, ORE Catapult said.

Vicky Coy, Project Manager at ORE Catapult, said: “Nova Innovation’s success can be put down to its game changing approach to development – trying to understand how tidal turbines work not just in isolation, but when deployed in arrays. By starting small and testing incremental changes the company is, for the first time, developing a true understanding of how an array works, which is absolutely key to the commercialization of this technology.

“We are working in partnership with the Nova Innovation team to provide evidence that this new approach to tidal array development could reduce the cost of producing electricity from tidal farms by at least 40%, giving investors around the world confidence in tidal energy.”

Nova Innovation has been listed on ORE Catapult’s Backing the Game Changers website, which is home to a series of films showcasing the work of UK SMEs and individuals who are making their mark on the offshore renewable energy sector.

Simon Forrest from Nova Innovation said: “Being included in the Backing the Game Changers series is a huge vote of confidence in us as a company, and in tidal energy as a viable source of renewable energy generation. In the past 12 months, we have won €27 million worth of projects, and been awarded the lead in a flagship EU tidal energy project.

“We are committed to bringing benefit to the UK economy by delivering an industrial strategy that utilizes the local supply chain. For instance, with the Shetland Tidal Array, over 90% of our supply chain spend was with UK SMEs – a truly game changing figure.”

Take a look at the video released by ORE Catapult to hear more about Nova Innovation’s tidal energy developments. 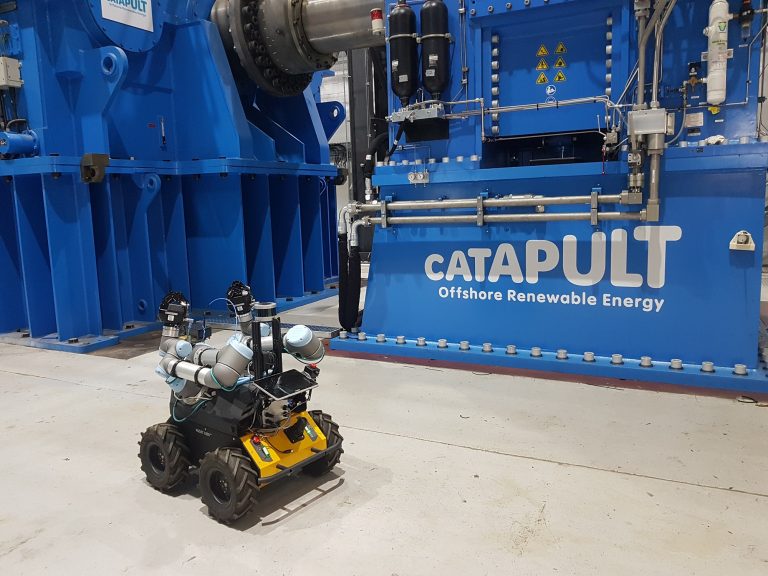