Norwegian maritime technology expert Kongsberg and its compatriot fertilizer producer Yara have teamed up on a project to build world’s first autonomous and zero emissions ship.

Named Yara Birkeland, the vessel will be the world’s first fully electric container feeder, the duo claims, adding that the ship would produce zero emissions.

Operation is planned to start in the latter half of 2018, shipping products from Yara’s Porsgrunn production plant to Brevik and Larvik in Norway. Yara Birkeland will initially operate as a manned vessel, moving to remote operation in 2019 and expected to be capable of performing fully autonomous operations from 2020.

“Every day, more than 100 diesel truck journeys are needed to transport products from Yara’s Porsgrunn plant to ports in Brevik and Larvik where we ship products to customers around the world. With this new autonomous battery-driven container vessel we move transport from road to sea and thereby reduce noise and dust emissions, improve the safety of local roads, and reduce NOx and CO2 emissions,” says Svein Tore Holsether, President and CEO of Yara.

Under the partnership, Kongsberg will be in charge of development and delivery of all key enabling technologies on Yara Birkeland including the sensors and integration required for remote and autonomous operations, in addition to the electric drive, battery and propulsion control systems. According to the company, its integrated control and monitoring systems are already capable of providing technology for remote and unmanned operations.

“By moving container transport from land to sea, Yara Birkeland is the start of a major contribution to fulfilling national and international environmental impact goals. The new concept is also a giant step forward towards increased seaborne transportation in general,” says Geir Håøy, President and CEO of Kongsberg.

“Developing systems for autonomous operations is a major opening and natural step for Kongsberg, considering our decades of expertise in the development and integration of advanced sensors, control and communication systems for all areas of ship operations. Yara Birkeland will set the benchmark for the application of innovative maritime technology for more efficient and environmentally friendly shipping,” says Håøy. 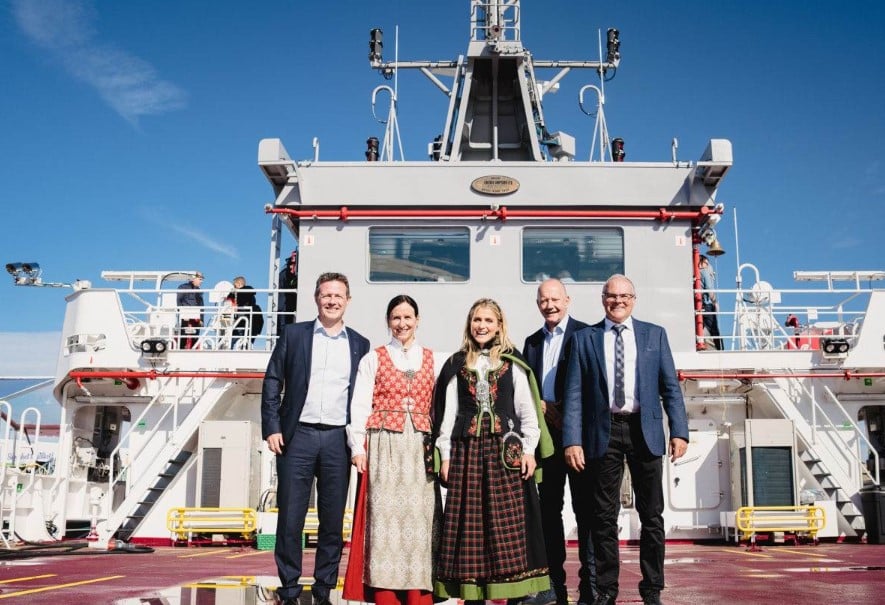