The Swiss cruise line Viking Cruises has announced that its cruise vessel Viking Mars was lowered into the sea from the Fincantieri Ancona shipyard in Italy.

After the keel-laying ceremony in February 2021, the 228.2 meter-long vessel Viking Mars underwent another milestone in the construction phase.

As disclosed, the ship has a gross tonnage of about 47,800 tons and it will be able to accommodate 930 guests.

Furthermore, the new Viking unit features energy-efficient engines, optimized hydrodynamics and hull, as well as systems that minimize pollution produced by exhaust gases, according to the company.

The vessel is scheduled to start operations in 2022 in the Mediterranean and Northern Europe.

Viking Mars is the company’s eighth ocean-going vessel, while the firm plans to launch ten more vessels until 2027, marking “one of the biggest expansions in the cruise industry.”

The cooperation which first began with an order for two ships has reached a total of 20 units, including the order awarded to Vard for two expedition cruise ships. 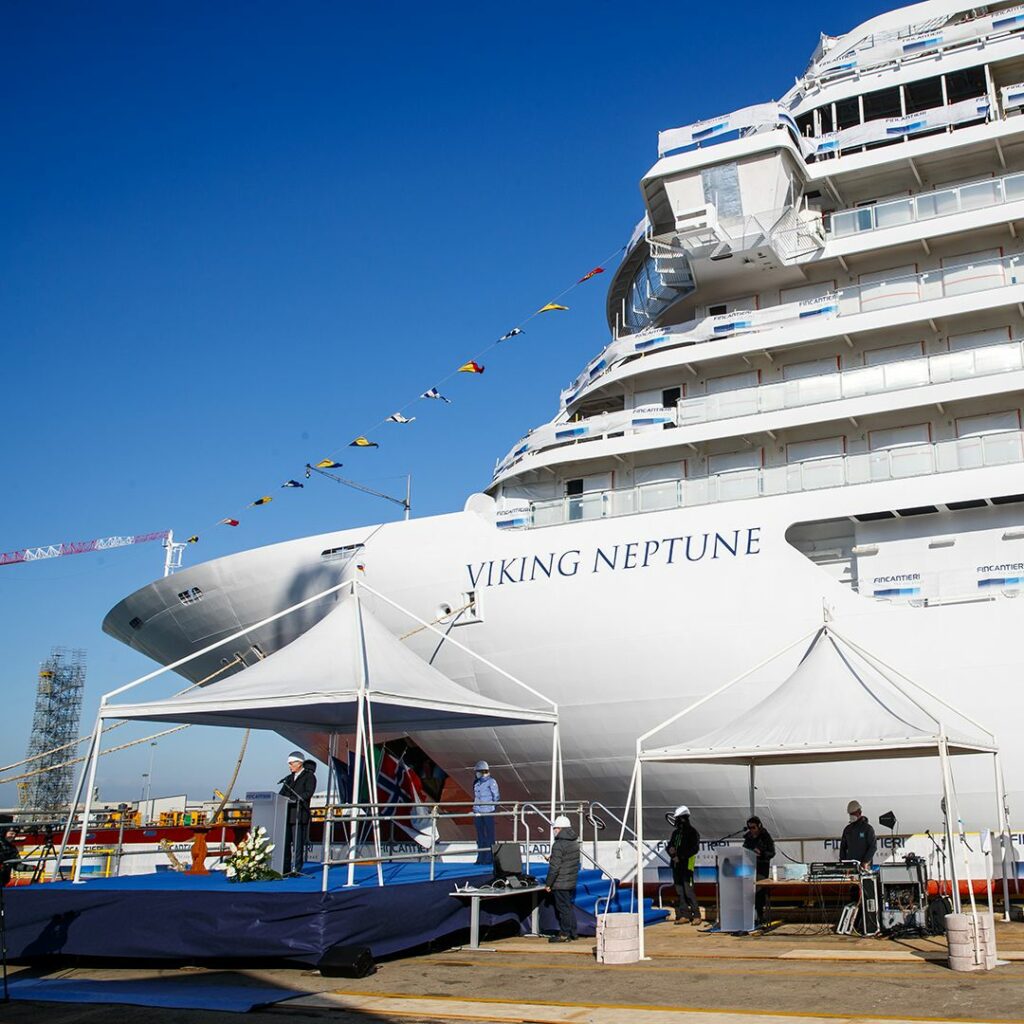