The development is part of South Korea’s 2030 Green Ship-K Promotion Strategy, which wants to increase the advancement and broader use of low carbon ship technology.

The strategy is said to be a central part of the country’s plans to achieve carbon neutrality by 2050. The initiative has set a goal of reducing the country’s shipping greenhouse gas emissions by 40 per cent in the next 25 years and 70 per cent by 2050.

The vessel is powered by an electric drivetrain and sub-system from Danfoss Editron, the company that develops and manufactures power systems for heavy-duty and commercial marine vessels and vehicles.

Vinssen also plans to build another 50 boats using similar hydrogen electric technology over the next year.

Danfoss’ Head of North East Asia Steve Kim commented: “The unveiling of the Hydrogenia boat demonstrates the pivotal role we play in marine electrification, both in hydrogen and battery-powered vessels. We will continue to help South Korea achieve its goal of being carbon neutral by 2050 by contributing to the ongoing electrification of the country’s transportation industry, with a focus on its shipbuilding sector.” 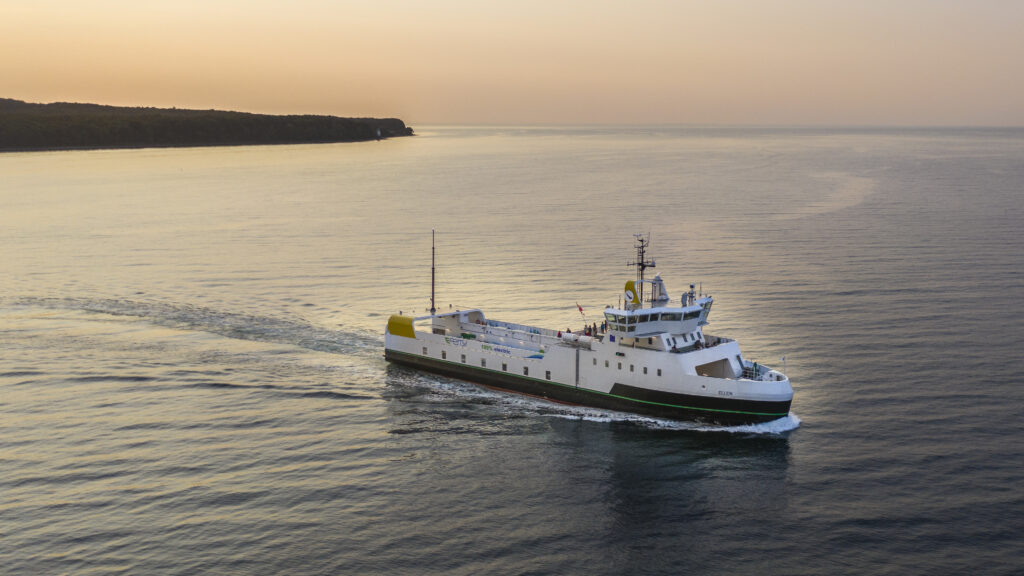