German wind industry association WAB has welcomed the Federal Government’s recognition of “green” hydrogen’s sustainability in the long term and the special role of offshore and onshore wind energy in its National Hydrogen Strategy, adopted on 10 June. However, WAB said the strategy is non-ambitious in the long term goals and focuses on hydrogen import.

“It is a positive sign that after months of delay, the federal government has finally agreed on a national hydrogen strategy and long-term goals for the expansion of offshore wind energy”, said WAB CEO Irina Lucke.

“We welcome the fact that the federal government has agreed on a flexible target for the expansion of offshore wind by 2030 and expect the rapid planning and tendering of additional generation capacities on- and offshore to meet the rapidly growing demand for ‘green’ hydrogen”.

However, WAB stated that, with a target of covering one seventh of the expected domestic demand by 2030 with green hydrogen,“the German government is not living up to this claim”. The organisation further added that the strategy is relying on hydrogen imports on a large scale without exploiting the potential of its own generation market.

WAB advised that the government should focus more consistently on the potential of the domestic market for green hydrogen, supplemented by an import strategy, to better combine climate protection with jobs and value creation for the wind industry, the maritime economy and the growing hydrogen economy.

“The intention to build up an electrolysis capacity of 5 GW by 2030 and another 5 GW by 2040 at the latest must be accompanied by the necessary economic efficiency to enable a domestic market in the medium term”.

Accompanying measures are necessary in addition to CO2 pricing so the energy and climate policy objectives of the Federal Government could be achieved, especially those for 2030, according to WAB.

Recently, upon the government’s proposal of a new bill to amend the Offshore Wind Act (WindSeeG), WAB expressed its concerns over the proposed new tendering model, but welcomed the flexibility of the 2030 capacity target and the 40 GW target for 2040.

The 20 GW goal for 2030 that may be exceeded would make it possible to eventually generate more green hydrogen from offshore wind and to better achieve Germany’s climate targets, WAB said commenting on the offshore wind bill.

At the time, the organisation also pointed out the need for having the national hydrogen strategy in place before the summer break.

“In order to ensure that the ‘green’ hydrogen sector also has a sustainable future and a long-term perspective, we need a national hydrogen strategy in parallel to the ongoing legislative process for offshore wind before the parliamentary summer break”, WAB Managing Director Heike Winkler said on 29 May.

“Wind and hydrogen are ideal partners, therefore the hydrogen strategy should focus on building a domestic market for ‘green’ hydrogen, with concrete electrolysis capacity expansion plans beyond 2030”. 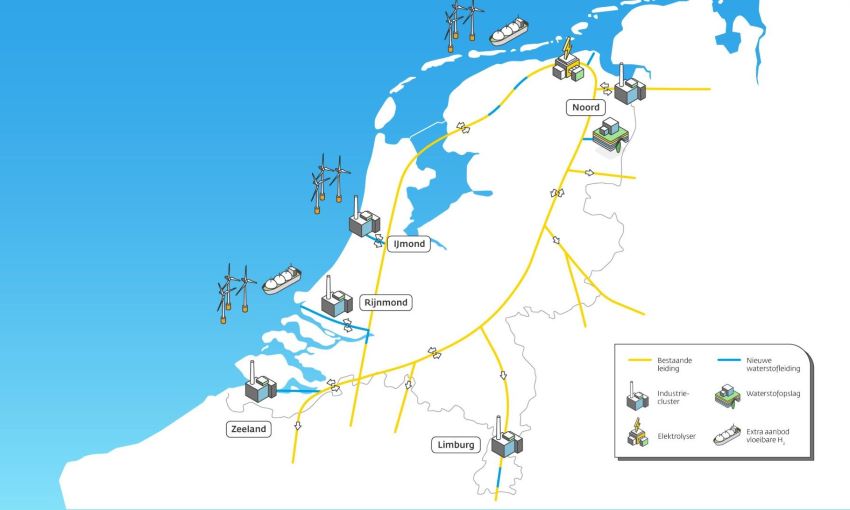 The Netherlands wants Gasunie to develop offshore hydrogen network in the North Sea
Posted: 4 days ago
Premium
In focus: Gas still runs the show but bets on hydrogen threaten to steal it
Posted: 10 hours ago
Premium
More green hydrogen plans emerge in Italy with 3.6 GW of floating wind proposed offshore Barletta
Posted: about 1 month ago