Finnish technology group Wärtsilä has been hired to supply engines, navigation system, and a broad scope of other products and systems for Viking Line’s new environmentally friendly ferry.

The ship, which is being built at the Xiamen Shipbuilding Industry yard in China, will be powered by six Wärtsilä 31DF dual-fuel engines running primarily on liquefied natural gas (LNG).

The combination of high efficiency, low fuel consumption, and the reduced level of exhaust emissions from operating on clean burning LNG, is expected to create low operating costs and a minimal environmental footprint, according to Wärtsilä.

Viking Line signed a conditional shipbuilding contract, amounting to a total of EUR 194 million, for the vessel in April 2017. The deal includes an option for another ship.

Scheduled for delivery in 2020, the vessel would be deployed on the Turku (Finland)– Åland Islands–Stockholm (Sweden) route, Viking Line earlier informed. The ship is the first LNG fuelled ferry of this size and standard to be built in China, Wärtsilä said.

“A new era in ferry operations was established in 2013 when Viking Line’s ‘Viking Grace’ with Wärtsilä dual-fuel engines became the world’s largest RoPax ferry to operate on LNG fuel. This latest Viking project represents another milestone as it will be the first vessel fitted with the highly efficient Wärtsilä 31DF engines,” Roger Holm, President, Wärtsilä Marine Solutions, commented. 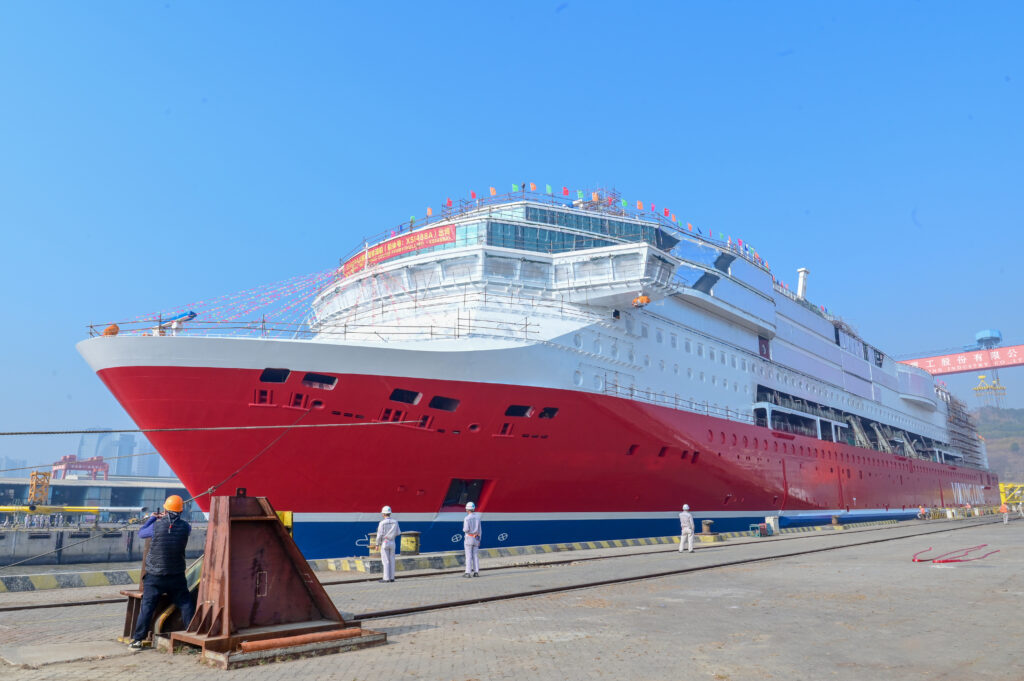