The new Wärtsilä low-pressure, 2-stroke, dual-fuel engine (DF), that meets the demand of the market, has been endorsed with an important new order.

5-cylinder Wärtsilä RT-flex50DF engine, together with the gas valve unit and other relevant equipment, has been ordered for a new liquefied natural gas (LNG) carrier vessel being built for the Chinese ship owner and operator, Zhejiang Huaxiang Shipping Co.Ltd.

The Qidong Fengshun Ship Heavy Industry Co., Ltd in China is building the new vessel according to the Chinese Class Society (CCS) standards. The contract was signed in March, 2014. When delivered in August 2015, the 14,000 cubic metre LNG carrier will operate along the Chinese coastline to serve domestic LNG transportation lines.

The new 2-stroke DF application makes the use of LNG fuel available to virtually all vessel types. The Wärtsilä RT-flex50DF engine is the first of the new series to be manufactured.

“We feel that the Wärtsilä dual-fuel engine is excellent, especially the low pressure 2-stroke DF version, which we see as being an innovation that meets the demand of the market. As owners, we are very satisfied with this engine technology and believe that it will capture a large share of the market. We look forward to seeing this technology extended to cover other cylinder bores,” says Mr Cai Dejiang, General Manager of Zhejiang Huaxiang.

Wärtsilä’s low pressure LNG concept is a lean burning Otto-cycle gas engine that has additional liquid fuel back-up capability, thereby enabling vessels to operate 100 per cent on LNG. This is in contrast to other systems utilising a high-pressure concept, which is merely a conventional diesel engine able to burn gas under certain conditions. Among other benefits, it offers simplicity, reliability, and the most economic gas supply system with the least number of components.

Zhejiang Huaxiang specialises in the safe transportation of LNG, and is one of the only two companies who have the Business Certificate of LNG transportation in coastal China issued by the Ministry of Transport of the People’s Republic of China.

In addition to CAPEX and OPEX benefits, the new Wärtsilä low-pressure 2-stroke dual-fuel engine technology offers other competitive benefits. Most importantly, no investment is needed for exhaust gas cleaning systems in order to comply with the IMO’s Tier III environmental regulations. An important advantage of the Wärtsilä low pressure DF technology is also that it allows stable operation on gas across the entire load range. This means that at low loads (below 15 per cent), there is no need to switch to diesel fuel.

The engine uses a low pressure gas handling system with a maximum 16 bar pressure. LNG and air are mixed in the cylinder prior to compression and, therefore, no additional external engine compressors are needed and additional parasitic load is avoided. Moreover, the consumption of pilot fuel is approximately just one per cent of the total energy at full load, and therefore the lowest for any low speed 2-stroke engine technology. 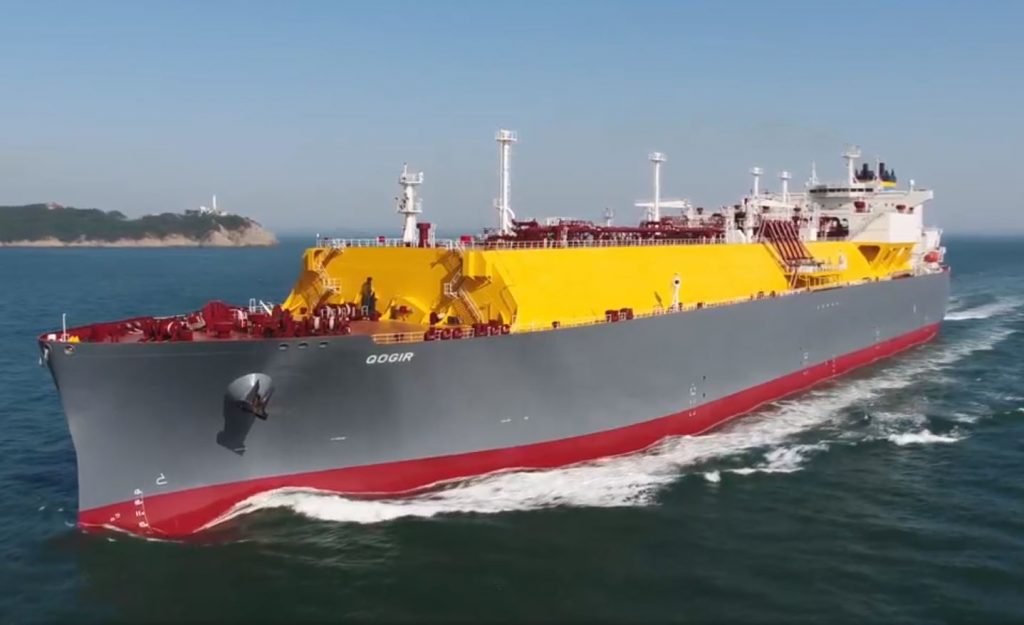