Wärtsilä, has announced that another of its two-stroke engines, the Wärtsilä RT-flex58T version D ER-3, has successfully passed its Type Approval Test (TAT).

This engine is a further optimised version of the Wärtsilä RT-flex58T version D engine with reduced power and greater fuel economy. The new version has been specifically redesigned to meet the operating demands of Panamax bulk carriers, and in passing the TAT milestone, the engine is verified as having fulfilled all classification society requirements.

The engine was assembled and tested in Aioi, Japan, at Wärtsilä’s licensee Diesel United, Ltd. (DU) . The first orders for the Wärtsilä RT-flex58Tversion D ER-3 engines were received and, following the successful TAT, the engines will be installed in an innovative new Panamax bulk carrier being built at the Japan Marine United (JMU) shipyard for an Italian owner.

“Firstly, I wish to express special thanks to the staff at Diesel United for their very professional work in preparing this new engine version. Also, thanks are due to the JMU yard. Diesel United and JMU have co-operated closely and delivered substantial input to optimise this engine for meeting specific performance parameters, thereby increasing efficiency and lowering fuel costs,” says Mr Martin Wernli, Vice President, Wärtsilä Ship Power, 2-stroke.

The Wärtsilä RT-flex58T version D ER-3 engine is a 2-stroke, common-rail engine with a high stroke to bore ratio. While retaining the well proven and reliable design concept of the earlier RT-flex58T version D engine, the reduced bore diameter allows more de-rating without negative effects on operational reliability. The new engine version offers the lowest possible rpm for lower powered vessels and is the right fit for new economic Panamax bulk carrier designs cutting the consumption compared to standard designs by up to 20 per cent. 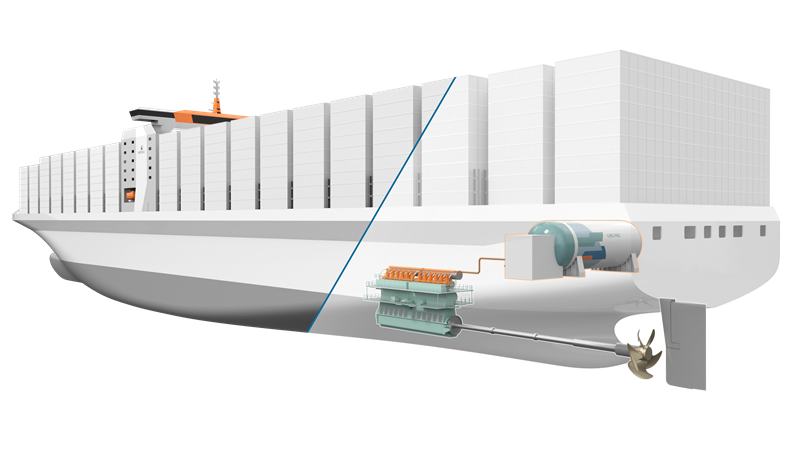