The first commercial-scale 350 kW WaveRoller unit was assembled and prepared for deployment at Peniche in Portugal.

“It’s a major step forward for wave energy and the beginning of a new energy cluster to support wind and solar power generation,” AW-Energy stated on its social media.

Upon deployment the unit is submerged to the seabed and connected to the National Electricity Grid for production of electricity from the ocean waves.

The WaveRoller is a device that converts ocean wave energy to electricity. The machine operates in near-shore areas at depths of between 8 and 20 meters.

Depending on tidal conditions it is mostly or fully submerged and fixed to the seabed. A single WaveRoller unit is rated between 350kW and 1000kW, with a capacity factor of 25-50% depending on wave conditions at the project site. The technology can be deployed as single units or in farms.

Certification by DNV GL and Lloyd’s Register, has qualified the technology to mitigate risks and is making the technology bankable for large utility customers in US as well as across Europe and Asia. 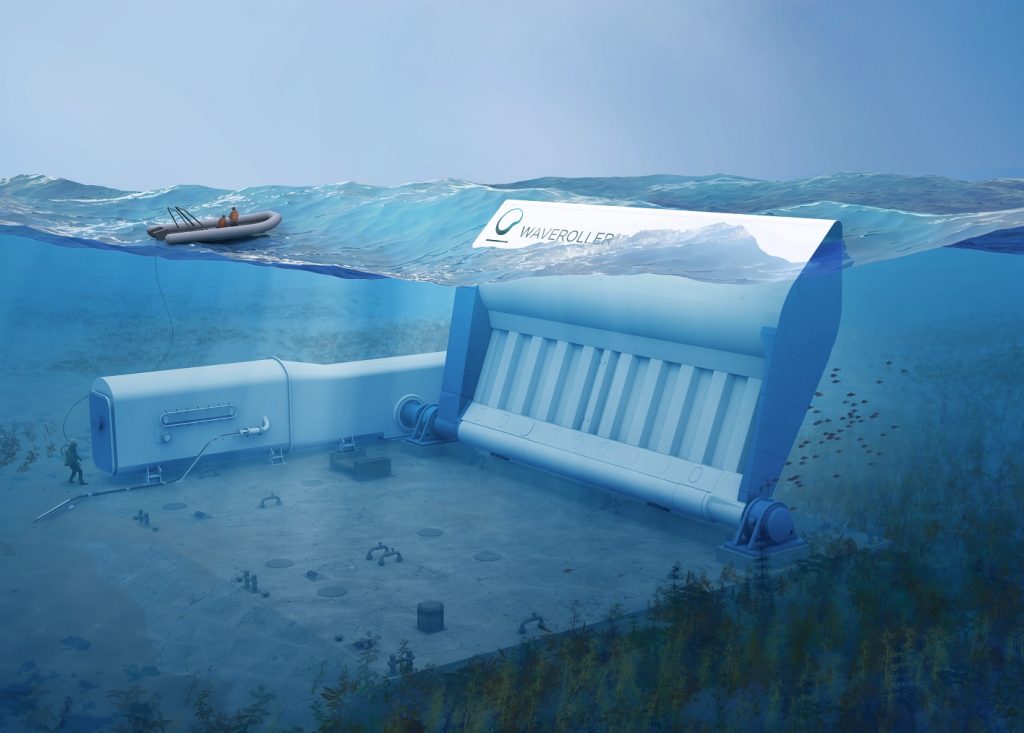