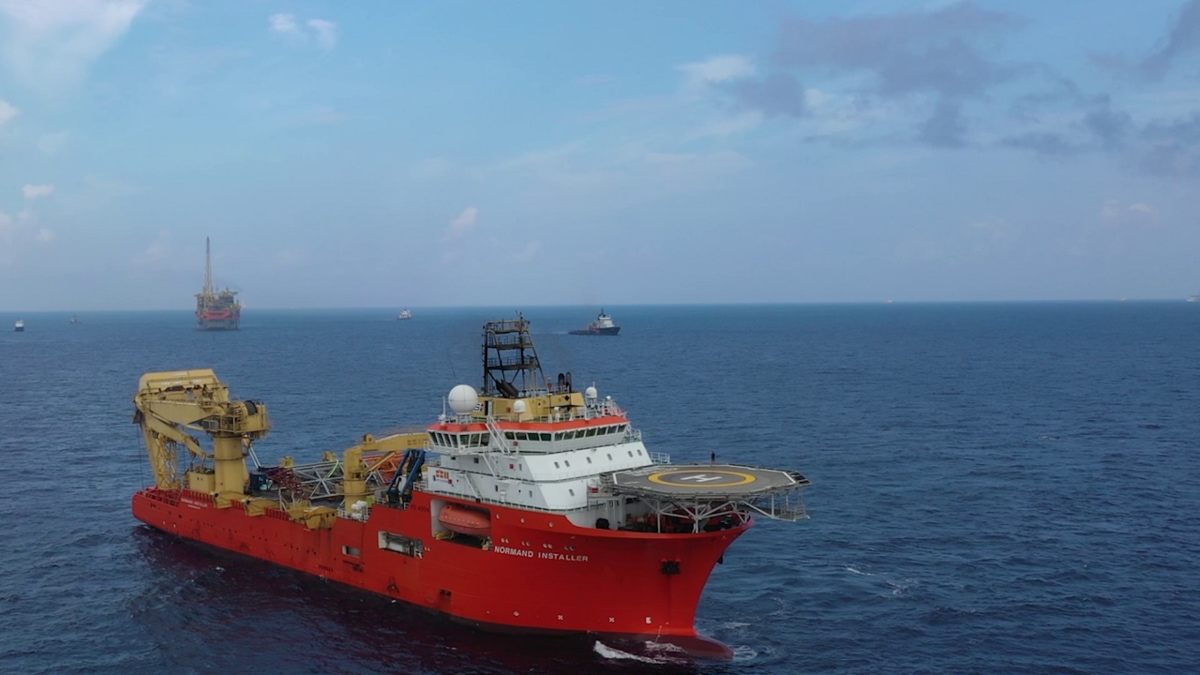 FPSO operator SBM Offshore has shared a video, showing scenes from an installation campaign on its Liza Unity FPSO, which is working on the ExxonMobil-operated Stabroek block located offshore Guyana.

SBM Offshore revealed on Tuesday that the multi-purpose deepwater construction vessel, the Normand Installer, was used for the installation campaign for the Liza Unity FPSO prior to it achieving the first oil The company pointed out that this is a demonstration of its full-lifecycle approach.

As a reminder, ExxonMobil kicked off the first production from the second phase of its Liza project, using the Liza Unity FPSO in February 2022, making it Guyana’s second offshore development now in production. Production at the Liza Unity is expected to reach its target of 220,000 barrels of oil later this year.

In April 2022, the Government of Guyana received its first entitlement lift of the Unity Gold crude from the Liza Unity following the sale of its first share of crude oil from the country’s second offshore oil development. The first cargo of Guyana’s lifting entitlement was sold to ExxonMobil and this lift was a one-off arrangement for the company.

The three discoveries are located southeast of the Liza and Payara developments and bring to five the discoveries made by ExxonMobil in Guyana in 2022. Two oil discoveries at Fangtooth-1 and Lau Lau-1 wells were announced in early January 2022.