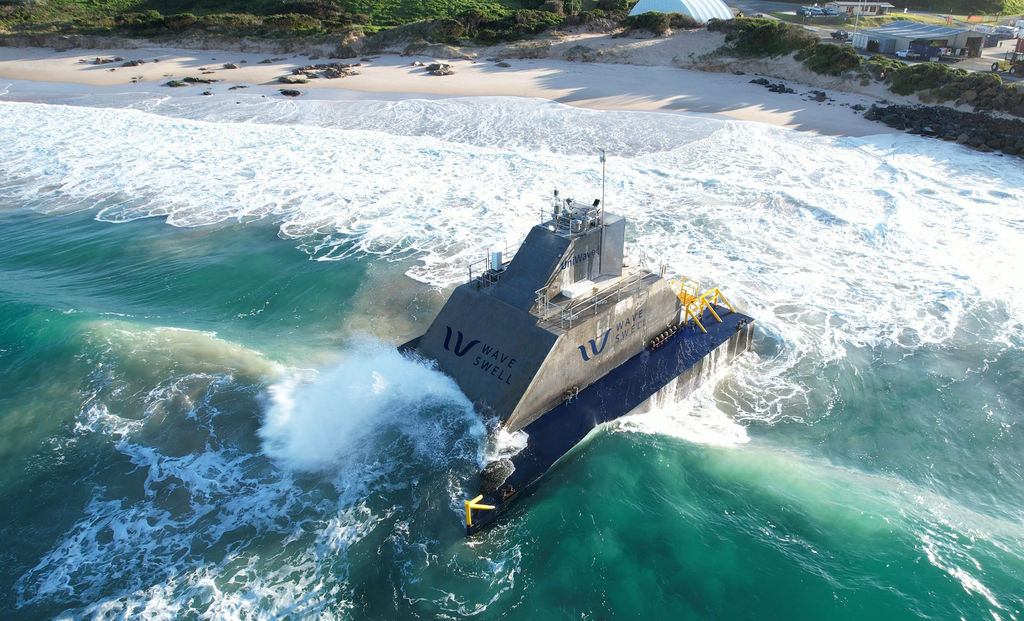 New research has found the relative predictability and consistency of wave energy could play a vital role in improving reliability and stability, while also reducing costs in a renewable energy-powered grid.

The report, completed for Wave Swell Energy by Australia’s national science agency, the Commonwealth Scientific and Industrial Research Organisation (CSIRO), showed that wave energy converters added significant value to a future energy system when deployed alongside wind and solar PV resources, which are more variable and intermittent than wave power.

Wave Swell Energy has just completed a successful 12-month trial of its UniWave200 wave energy prototype off King Island in Tasmania, where the device supplied electricity to the island’s microgrid and exceeded performance expectations, according to the company.

As part of the new research, CSIRO explored the economic benefits that wave energy converters offer by improving the reliability of electricity supplies in a variety of weather conditions.

Compared to a hybrid of just solar and onshore wind, the model that includes wave power would require one-third of the expenditure.

Geason said: “We have increasingly sophisticated tools that can accurately predict waves and their size in a given location.

“CSIRO’s research shows Australia’s oceans can complement wind and solar to provide a dependable supply of energy in a variety of weather conditions, helping to bring down the price of electricity in a network that is increasingly dependent on intermittent renewable sources.”

Geason added that just as Australia became a world leader in solar innovation, it is also now on the cusp of a wave power boom, with Wave Swell Energy’s technology standing ready to unlock the potential of the world’s oceans.

The researchers assessed three representative locations across Victoria and South Australia that were selected for their wave characteristics, proximity to transmission infrastructure and separation from marine parks.

The study builds on previous research that Australia’s southern coastline provides wave conditions that can contribute a significant proportion of the country’s renewable energy supplies.

The research shows that wave power can help to meet the growing demand for technologies that can deliver guaranteed volumes of electricity as coal and gas power stations are retired, according to the findings.

Geason described the island functioning like a working laboratory, demonstrating the potential of a variety of renewable energy technologies working together to provide energy for homes, businesses and industry, regardless of whether the sun is shining or the wind is blowing.

“Our pilot demonstration on King Island has proven that wave power can supply energy in a variety of weather conditions, boosting reliability and stability while also reducing the cost of guaranteeing energy supplies.

“We know that wind and solar can produce vast amounts of low cost energy, but developing complementary technologies including wave power and storage will be key to unlocking the greatest benefits.