The 200kW unit has been installed at Grassy Harbour on King Island on the morning of January 10, 2021, following a 40-hour transit across the Bass Strait from the TasPorts facilities where it was assembled.

The unit is now sitting on the seabed in its planned location, approximately 100 metres from shore, in 5.75 metres of water depth.

The commissioning phase will take place over the coming weeks, with the device expected to be connected to Hydro Tasmania’s hybrid grid during the first quarter of 2021.

The King Island project, supported by the Australian government through the Australian Renewable Energy Agency (ARENA), will seek to demonstrate the technical and commercial viability of the UniWave200, and validate its efficiency, survivability, and accessibility.

“After a flawless 40-hour transit from Tasmania, the unit is now sitting proudly in Grassy Bay on King Island. Countless hours of hard work have gone into this project to get to this stage, and we’d like to thank all those involved in the project from its inception up until now.

“Commissioning of the unit will begin shortly as we approach the connection to the King Island power grid, making it the first power station in the world to simultaneously generate energy from three renewable resources; wave, wind, and solar”, WSE said on social media.

Wave Swell Energy’s technology is based on the well-established concept of the oscillating water column (OWC). The UniWave200 device is partially submerged as it sits on the seabed, with an opening on one side to allow the movement of the waves in and out of the chamber.

There are no moving parts below the water which means maintenance is only ever required to be performed on the easy-to-access areas of the device.

Welcoming the announcement, the Wave Energy Research Centre (WERC), a research centre within the University of Western Australia, said: “This marks a significant milestone in ocean energy development for Australia, and its success will give confidence, accelerate more research and development (R&D) towards commercial projects and trigger investment in the entire sector”.

Take a look at the video showing the progress made by Wave Swell Energy before the device was finally installed at King Island. 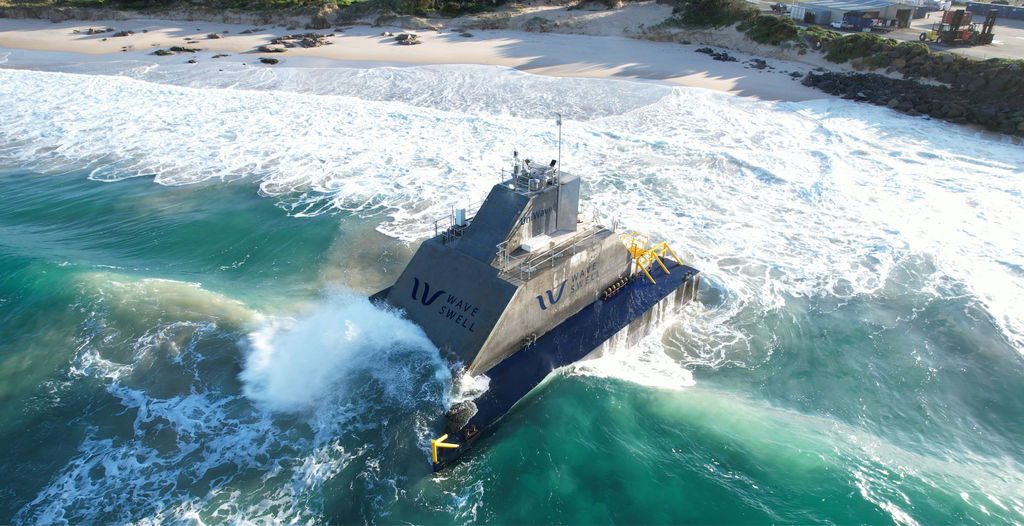