Wide Range of Expert Speakers at Offshore Energy 2012 (The Netherlands)

The OE2012 conference which runs parallel to the Offshore Energy exhibition on 23 & 24 October in the Amsterdam RAI features an international faculty of expert speakers. They will offer perspectives on new North Sea oil and gas discoveries, challenging hydrocarbons and future offshore vessel concepts. The sessions on renewable energy will address the challenges of an offshore grid and developments in wave & tidal energy.

One of the confirmed speakers is John Best, Head of Sustainable Energy at James Fisher and Sons plc. John will speak in the session on future offshore wind turbine foundation needs. His company has ample experience working for major wind farm developers. As the next generation of offshore wind farms will lie further offshore, new technology is needed to access waters between 60 and 100 meters deep. This depth is too great for turbines fixed to the seabed, but where wind speeds are consistently higher. It is hoped that developing the technology will increase global potential for offshore wind power, particularly after 2020, by which time many shallower sites will have been developed.

Jumbo Offshore’s Jack Spaan, Manager Projects is also among the confirmed speakers. Last year Jack presented on advancements in deepwater installation capabilities. This year, Jack will provide insight into Jumbo’s work for Chevron’s Gorgon project in West-Australia. Jumbo was awarded a contract for its HLV Jubilee to work in Australia’s Barrow Island Area in Summer 2012. Jumbo shipped 25 concrete caissons used in building a Heavy Lift Offloading Quayside for end client Chevron’s LNG plant to be constructed on the island.

In addition to the ticketed sessions, Offshore Energy once again offers a free to attend Decommissioning Seminar organized in cooperation with IRO and Decom North Sea. Also returning to the show is the Drilling and Wells Cluster Meeting. Initiated by the Netherlands Oil and Gas Exploration and Production Association the Cluster meeting brings together drilling professionals from both operators and contractors. New this year is the Dutch Oil and Gas Industry Supply Chain Seminar by FPAL, part of Achilles Group.

Offshore Energy Exhibition & Conference is the fastest growing event in Europe for the global offshore industry. The 2011 edition attracted 292 exhibitors, the 2012 edition is expected to welcome some 400 exhibitors 6,500 visitors and 600 delegates from over 30 nationalities. 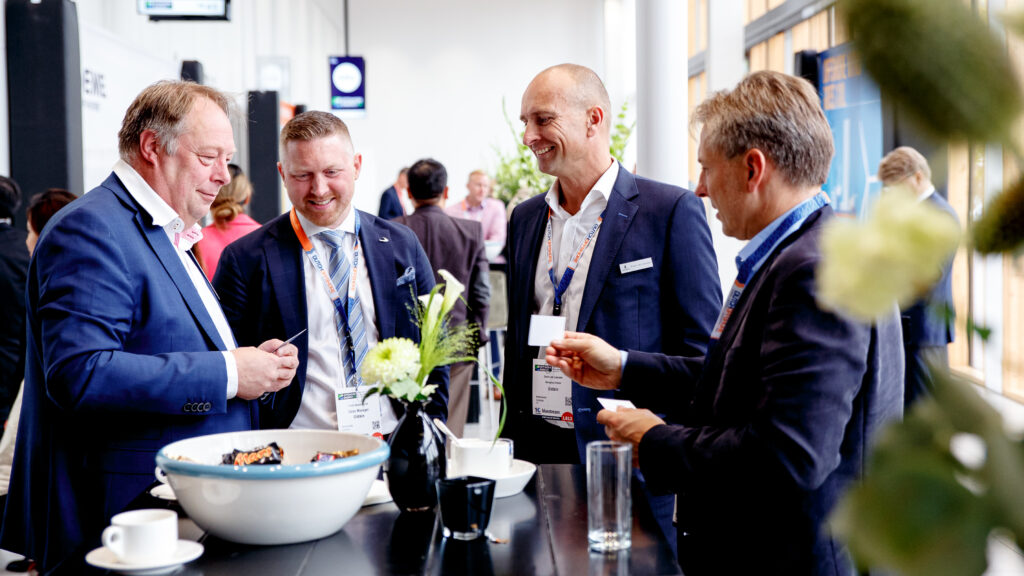