The world’s first conversion of a large containership to LNG as fuel has been completed, German liner company Hapag-Lloyd has confirmed to Offshore Energy – Green Marine.

“We will have some guarantee work to do though which will be completed during the next months,” Hapag-Lloyd said.

The ship is now phasing back into service.

The project was delayed due to the COVID-19 impact, marking its official start on September 2.

The ship was fitted with 6,500-cbm LNG Mark III tank was designed by the French LNG containment specialist GTT.

MAN Energy Solutions was tasked with the conversion of the vessel’s HFO-burning MAN B&W 9S90ME-C engine to a dual-fuel MAN B&W ME-GI.

The conversion is expected to cost around $35 million.

The Sajir is one of the 17 vessels in Hapag-Lloyd’s fleet that were originally designed to be LNG-ready.

Earlier this year, the company has ordered also six 23,500+ TEU containerships, set to be powered by LNG.

The $ 1 billion investment will see the LNG-powered vessels delivered to Hapag-Lloyd between April and December 2023.

The vessels will be fitted with fuel-efficient high-pressure dual-fuel engines, that will operate on LNG. However, they will have alternatively sufficient tank capacity to operate on conventional fuel, the company said.

Hapag-Lloyd has secured green financing for the newbuilds worth a total of $889 million. 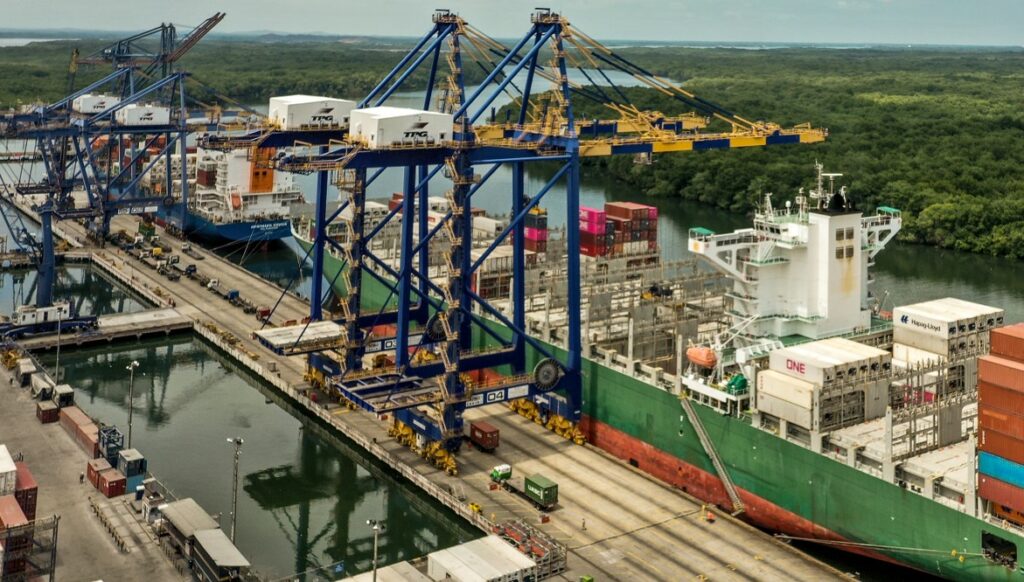