US-based cruise company Royal Caribbean Group has revealed its plans to open a new cruise terminal at the Port of Galveston that will generate 100% of its needed energy through on-site solar panels.

In developing the new $125 million terminal, Royal Caribbean Group approached design strategies that aligned with its environmental goals, its focus to advance the development of sustainable infrastructure as well as the decarbonization strategy.

To remind, in May this year, the company joined the Mærsk Mc-Kinney Møller Center for Zero Carbon Shipping, a nonprofit, independent R&D centre focusing on decarbonisation strategies.

During the construction, materials and transportation processes were used that produce less carbon. Furthermore, the company minimized interior sources of pollution through the installation of materials with low or zero volatile organic compounds (VOCs) content, and enhanced air filtration media, focusing on occupant thermal comfort and controllability.

“We are focused on innovating across all aspects of our company, especially in our work to advance sustainability in the communities we visit,” said Jason Liberty, president and CEO, Royal Caribbean Group.

Specifically, the terminal will rely on 30,000 square feet of on-site photovoltaic solar panels, enabling the port’s self-sufficient energy usage. Any remaining energy not used by the terminal will be sent to the local power grid, according to the company.

The new cruise terminal at the Port of Galveston will be the first in Texas to achieve LEED Gold certification, an industry-leading certification expected to be received within the first two quarters of 2023. This makes the terminal, which will be used by the company’s Royal Caribbean International brand, the first LEED Zero Energy facility in the world.

The previous projects include Terminal A at PortMiami; the Springfield, Oregon campus; and the Innovation Lab at Royal Caribbean Group’s corporate headquarters in Miami.

“We deeply value both the oceans we sail and the communities we visit and operate in, and the modern design and development features at our terminal in Galveston will work in service of both,” Liberty added.

The keel-laying ceremony for the first LNG-fuelled Oasis class ship Utopia of the Seas was held in July this year. 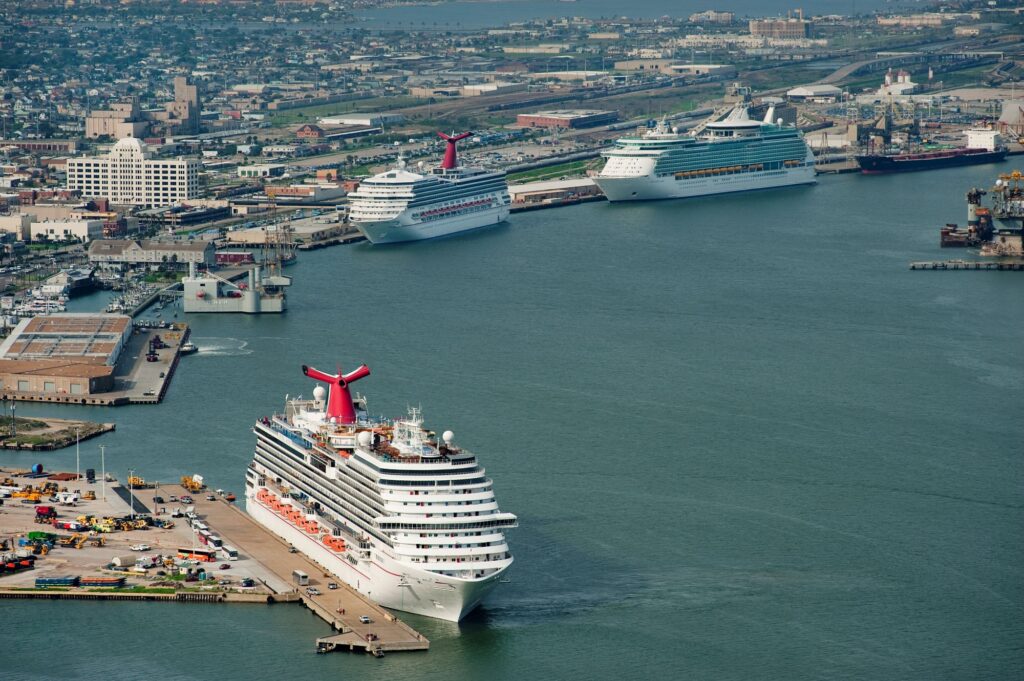